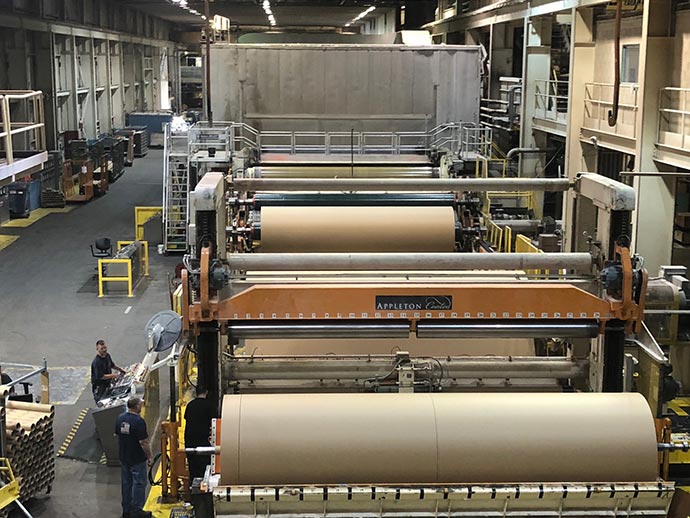 The country's business landscape is littered with companies and industries whose market has left them. Nowhere has this traditionally been truer than in the TrustBelt states, particularly those where manufacturing is at the center of the economy.

In Northeast Wisconsin, paper making is the region's primary legacy industry. But, with an overall migration away from printed products by consumers, it too took a hit. A number of paper mills were closed and liquidated.

One paper maker which looked like it was headed in that direction was Appleton Coated, a 129-year-old mill located in the small village of Combined Locks, Wisconsin. With a focus on printing and writing papers, the company felt the effects of market forces in those industry sectors and went into receivership in September 2017.

Appleton Coated seemed destined to join the growing list of shuttered paper mills, leaving its 600 employees out of work.

But then an unusual thing happened. A new owner, whose initial intention was to take apart the mill, instead decided to restart it and make an eight-figure investment to do so. That decision was made easier with quality management having remained in place and with the company positioned to pivot to another rapidly growing sector of the paper industry.

So, what tipped the scales, causing new owners Industrial Assets Corp. of Los Angeles and Maynards Industries USA of Detroit to rethink the intended path of mill closure?

Yes, online shopping, that thing which is ubiquitous in today's consumer marketplace. From Amazon to Zappos (A-Z) and retailers in between, more than three out of four consumers now shop over the internet.

What that means is there is an ever-growing need for boxes, and the brown paper they're made of, to ship those products purchased online to their end user. And, hence, what once was Appleton Coated has been reborn as Midwest Paper Group and is in the process of the type of turnaround not seen often.

"This is an amazing story," says Jerry Murphy, executive director of New North Inc., the economic development organization for the 18 counties of Northeast Wisconsin. "A company buys a property out of receivership with salvage in mind. After initially not finding a buyer, it chose not to go that route. 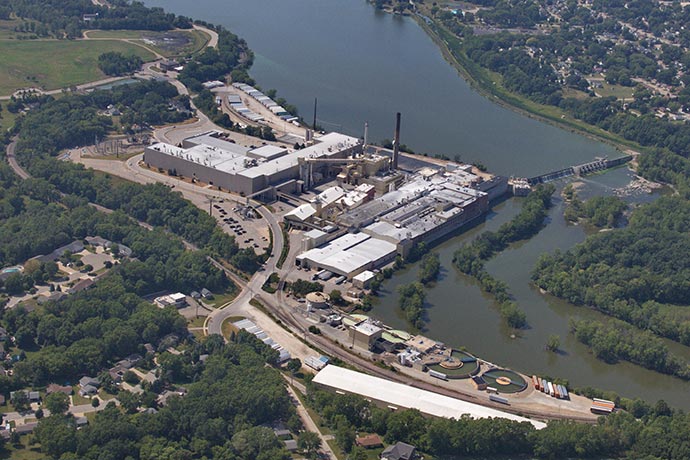 "To run the mill, though, major investment was needed. To do so was a bold move by Steve Mattes and his ownership group. The saving grace was the ability to pivot from a primary product, high-end art paper, to the brown paper required for shipping."

By March of 2018, all three of Midwest Paper Group's paper-making machines had been restarted. Machine No. 7 continues to produce the uncoated offset paper utilized in textbooks and for other high-end uses.

However, its No. 1 machine was converted to making paperboard for packaging – corrugated medium (the flute portion) and liner. Meanwhile, its No. 6 machine swings back and forth between white and brown paper on roughly a bi-weekly basis to meet current production needs.

In all, roughly 300 employees now are back on the job in positions which average an hourly wage of $25, and Midwest Paper Group today operates with an annual production capacity of 400,000 tons across its three machines. In June 2018 the company created a waste paper processing line, further positioning itself for future success through production of usable pulp in house.

"We fit very well in the container board market," says Doug Osterberg, managing director of Midwest Paper Group and the person who shepherded the transition. "The brown paper market is growing – it needs more capacity. In today's world, people go online and order, and it's shipped to them in a brown box.

"We're very fortunate that the new ownership recognized the opportunity and were willing to put money in and save 300 jobs. We're still working through the change, but we're on the right path. We should be profitable and sustainable going forward."

Osterberg indicates that Midwest Paper Group largely has to develop a new customer base as it shifts to essentially a new market. The saving grace of the pivot is that its machines were adaptable.

Ed Graf, who has spent 45 years in the paper industry and today runs a technical consultancy for North American and European companies, also sees market factors working in favor of Midwest Paper Group.

"The recycled packaging sector is seeing fundamental growth based on the cultural change in consumer buying habits away from 'brick and mortar,'" says Graf. "This provides an opportunity for Midwest Paper Group to utilize its unique manufacturing capabilities to address the demand. I believe the market will continue on its present path well into the foreseeable future, with supply being in a catchup position with demand."

In this instance, a paper mill was able to avoid the all-too-common fate of closing its doors, leaving hundreds jobless and a municipality stuck with a significant parcel off its tax rolls. Why were things different here? Adaptability to the market, a willing investor, a quality workforce and, frankly, some luck.

Jeff Blumb is a strategic communications consultant to New North Inc. from his office in Green Bay, Wis.