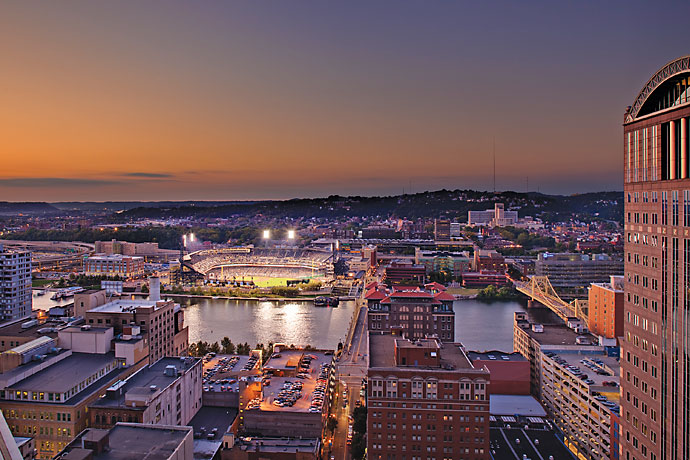 When economists talk about the condition of the Midwest, one topic they seldom mention is the most basic: people – as in sheer numbers of them.

Of all the economic challenges confronting the historic Factory Belt of America, the most fundamental of them may be population loss.

When U-Haul recently released its annual list of the Top 25 U.S. Growth Cities of 2017, only one, Pittsburgh, was in the Greater Midwest. The rest were mostly Sun Belt and West Coast cities – places like Atlanta, Miami, San Francisco and Sacramento.

The top two cities, Tempe, Arizona, and Boise, Idaho, are not nearly as large as some of the major metro areas of the Midwest, but they’re attracting in-migration in record numbers.

Ernie Goss, an economist and professor at Creighton University in Omaha, Nebraska, says that the U.S. Bureau for Economic Analysis outlines several headwinds that are both prompting Midwesterners to move out of the region and keeping new people from coming.

“If you look at the BEA map for personal income growth for 2017, you will see that four years of declining farm income, low income growth and low in-migration all hit the Midwest,” says Goss.

Michigan, Ohio, Wisconsin, Pennsylvania, Indiana and Illinois all registered substantial declines in net migration per 1,000 residents from 2011 to 2015, according to the U.S. Census Bureau, while South Dakota, Nebraska, Kansas and Iowa recorded four of the five slowest increases in personal income during the third quarter of 2017.

Ray Perryman, chief economist and principal of The Perryman Group in Waco, Texas, identifies other factors keeping more people from residing in the Midwest.

“While much of the Midwest is seeing some economic growth, it’s simply not at the pace of the cities on the U-Haul Top 25 list,” Perryman says. “Many of the places people are moving toward are geared toward fast-growing industries such as technology or are suburbs of such places. Others offer benefits such as quality of life or climate. The bottom line is that people will move to a location either because they want to, such as the Orlando or Phoenix areas, or they need to, such as the areas with faster hiring. There may also be some noise in the U-Haul data. For example, Prosper, Texas, is a very small but rapidly growing town adjacent to McKinney. All of those could well have been going to the same place for the same reason, yet thy occupy two spots on the list.”

The full list of top in-migration communities in America, according to U-Haul, is below: