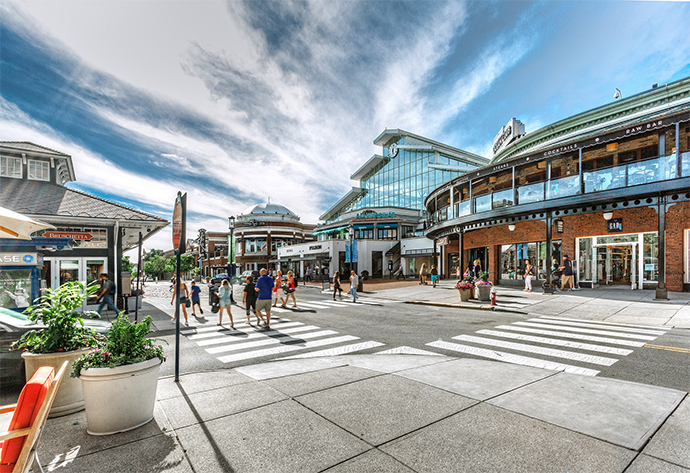 Tour almost any TrustBelt community and one thing you are virtually guaranteed to find is a dead or dying shopping mall. These decaying relics of 1970s and 1980s suburbia dot the landscape of the Midwest as assuredly as autumn leaves change colors.

But does that mean death is inevitable, or is it possible to breathe new life into obsolete malls? A panel of experts last week concluded that a resurrection of older mall properties can occur if developers and communities take the right actions.

“Look at the totality of circumstances,” said Rainey Shane, vice president and adaptive reuse director for JLL. “Regional malls are not what consumers want anymore. They were created for the way Baby Boomers shopped. The anchors have been drawn away to bigger and better developments. As they left, the B-class malls have struggled to find replacement tenants.”

While Studio Movie Grill on Venture Drive just off Interstate 85 in a northeast Atlanta suburb was the setting, the dialogue pertained to just about any mall anywhere in the Midwest. “Generations X, Y and Z want different things,” said Nicolosi. “The Baby Boom generation was huge and consumptive. Technology has interrupted our lives. We were a lot less busy 20 to 30 years ago. Smart phones with 24/7 connectivity have made us all busier, meaning we all have a lot less time to shop. When we do shop, we want to accomplish several goals. Mixed-use centers are very successful. They create a lot of efficiency.” 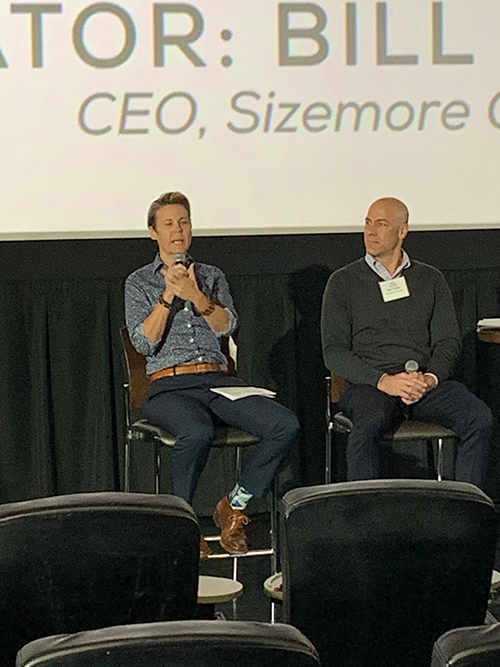 Consumers today want an authentically local and unique environment and experience, the panel noted. “Malls had huge spaces but no sense of place,” said Nicolosi. “We’re creating green space and amenities to draw people in. There’s a trend to move back to city centers, but you have to do your homework.”

Yorker, whose firm has bought the vacant Sears anchor bay in Gwinnett Place Mall, said that “people across all age groups are choosing to be in places of density. They want density of services and lots of transportation options. Malls were built in spread-out suburbs. People now want a multi-purpose experience.”

In order to revitalize malls, developers will have to overcome inherent barriers such as disparate owners, entitlements with the local city or county, the decline of department store anchors, and the fact that the anchor tenants typically pay very low rent per square foot.

“Plus, not every mall is the same,” said Yorker. “It depends on where people are choosing to live. For example, the suburbs in Gwinnett have 45 square feet of retail space per person, while the inner cities have just 3 square feet per person. The capital markets have to catch up.”

“Developers that look at how the people in their communities live will survive,” said Shane. “Over a third of all urgent care centers are now located in malls.”

Words can be a barrier too, said Nicolosi. “We’re trying to get away from the word ‘mall,’” he noted. “Our company is building a mall in Connecticut and we’re calling it a center. It all comes back to serving the market. It must be a safe experience, and it must be what the residents in that community want.”

In some cases, malls will do better if they reduce their retail footprint, added Yorker. “This area, for example, would be well served by reducing retail space initially. Instead, focus on bringing in a concentration of people. In Gwinnett, I happen to think that means developing more residential space in place of the mall.”

Other uses that draw people, the panel noted, include food halls, pop-up local tenants, unique and locally driven eateries and breweries, and other establishments that offer local flavor found nowhere else.

“At Ponce City Market, we placed a lot of emphasis on curating the right mix of local and regional offerings," said Shane. "We want something no one else has. That’s what consumers want now.”