Sidney’s Next Saga: Finding Jobs to Replace Those Lost to Cabela’s-Bass Pro Merger

In rural Nebraska, a small town faces a massive rebuilding project for the second time in five decades.

A sign on U.S. Highway 30 in western Nebraska welcomes visitors to the small town of Sidney with a message of hope and optimism: "Small-Town Values … Big-Time Opportunities."

That message has never been more relevant than it is right now.

When a town of 6,800 people loses a corporate headquarters that employed 2,000 workers at its zenith, hope and optimism are essential qualities.

Such is the predicament of Sidney today. When Bass Pro Shops acquired Cabela's for $5.5 billion in September, the merger of the two outdoor superstore chains triggered moves that will eventually result in most of Cabela's jobs either evaporating or relocating to Springfield, Missouri, the home of Bass Pro Shops.

Cabela's forged its reputation as the "World's Foremost Outfitter" as it grew from startup to a $4-billion company over the last half century, all of it in Sidney, a salt-of-the-earth town on Interstate 80 about 90 miles east of Cheyenne and 175 miles northeast of Denver.

Hunting and fishing enthusiasts aren't the only people who are saddened to see the merger, however. For the majority of Cabela's corporate headquarters employees in Sidney, a pink slip and job-hunting are imminent.

While Bass Pro Shops says it intends to keep up to 125 IT jobs and some accounting personnel in Sidney, most of the remaining positions will either transfer to Missouri or be phased out during the consolidation of the two once-dominant retailers who have both been challenged by mounting competition from Amazon and other ecommerce outlets.

Currently, about 800 Cabela's employees still work at the main Sidney campus — a 15-building complex that dominates the city skyline and the view of the many thousands of motorists who drive past it daily on I-80.

For Sidney, a resilient community that owes its founding to the Union Pacific Railroad in 1867, the loss of Cabela's is another chance to rebuild.

The first chance came in 1967 when the seven-square-mile city on the Central Plains lost the Sioux Army Depot, a U.S. Army ammunition and supply center. When the Army closed it down, about 2,000 jobs left the area.

The steady growth of home-grown Cabela's — founded by Dick Cabela out of his home in 1961 — largely replaced those jobs over the ensuing decades, a period that coincided with an economic diversification that saw a few manufacturers and logistics operators move to Sidney.

But nothing prepared Sidney for what lies ahead now: uncertainty, massive employment loss, homes put up for sale, and hundreds of professional workers seeking a new opportunity. 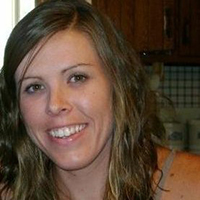 The town's biggest fear is that if these former Cabela's workers don't find work in Sidney soon, they will have no choice but to relocate in search of gainful employment, says Melissa Norgard, economic development director for the City of Sidney.

"It is going to have an impact on our community," Norgard says. "Several hundred people have already left our city over the last two years for other jobs. We have a very limited timeframe here. If people are let go and both spouses are working at Cabela's, the timeframe is very thin. You can't go a long time without a paycheck. We know that time is working against us."

The good news is that Sidney has proved that it can attract new industry. Ohio-based Lukjan Metal Products selected Sidney in early 2017 for an $8-million capital investment into a manufacturing operation that will ultimately employ about 100 workers.

"There is no silver-bullet answer to this situation in Sidney, but there is a great sense of urgency."
— Dave Rippe, Director, Nebraska Department of Economic Development

In 2015, Bell Lumber opened a treatment plant in Sidney on a 40-acre site that now employs 41 workers; and Canadian firm Agri-Plastics announced in October that it would invest $4.5 million into establishing a 159,000-sq.-ft. production plant in Sidney by this March.

The fact that Union Pacific and Burlington Northern railroads intersect at Sidney is a major draw for manufacturers and logistics operations, notes Norgard. So too is the fact that I-80 crisscrosses U.S. Highway 385, which runs all the way from Canada to Mexico, in Sidney.

"We have many selling points," says Norgard. "We have a talented, educated, knowledgeable, skilled and amazing labor pool. We have affordable buildings and sites, including several buildings offered for lease through Bass Pro Shops for just one dollar a year."

Other advantages, she notes, include:

Available facilities on the Cabela's campus in Sidney include a 297,445-sq.-ft. office building and a 160,000-sq.-ft. addition that was built during a major headquarters expansion just two years ago.

"We don't have any specific businesses that are interested at this point, but we are marketing the empty office buildings that we have available," Norgard says. "The buildings will still be owned by Bass Pro and any new leases would be run through them. So far, we have run a Facebook ad and a LinkedIn ad. We are also developing brochures to send out as a marketing piece to companies. The state will be helping us as well."

Dave Rippe, director of the Nebraska Department of Economic Development, admits that "there is no silver-bullet answer to this situation in Sidney, but there is a great sense of urgency." Through the Nebraska Advantage incentives program, he says, companies interested in taking any of the vacant space in Sidney may qualify for customized job training via a flexible training fund, as well as a site and building development fund.

Rippe adds that the state can apply lessons it learned two years ago when $18-billion ConAgra Foods announced it was leaving its 100-year-old home in Omaha for a new corporate headquarters location in Chicago.

"The most important lesson the state learned at that time was modeled from Omaha," says Rippe. "Omaha took steps to encourage and develop the employees who were impacted by the ConAgra Foods decision. It served as a good lesson for what we can do and be productive. That includes programming for helping with entrepreneurial and small business development, along with assistance to help displaced employees."

Additional assistance for displaced Cabela's workers is coming from Bass Pro Shops CEO Johnny Morris, who pledged to donate up to $10 million of his own money to the severance fund for laid-off employees. Morris asked former Cabela's executives who received generous "golden parachutes" in the sale of the company to contribute to the fund for rank-and-file employees being let go in Sidney.

"While I know the former owners and executives are under no obligation to lend this additional support, I hope they consider doing so," Morris said in a statement last month.

One site selection consultant who specializes in corporate headquarters moves says there could be a silver lining for Sidney.

"Sidney has the elements of a comeback," says John Boyd, principal of The Boyd Company Inc. in Princeton, N.J. "It has an experienced, white-collar workforce, attractive and available office space uncharacteristic of a small-market heartland town, a favorable operating cost profile and a positive state business climate."

Plus, he says, "there is a continued decentralization trend of back-office functions moving from high-cost metro markets to smaller, less costly and more manageable cities like Sidney. This is especially the case within sectors like financial services, IT and e-commerce support. Governor Pete Ricketts knows the dynamics of back-office corporate relocation. He is the former COO of Omaha-based TD Ameritrade and is a proactive force in attracting new corporate investment and jobs to the Cornhusker State. He is and has been following the Sidney situation, for sure."

Norgard says the hard work of rebuilding the town's economy has already begun. "We are reaching out to e-commerce companies and traditional retailers who need distribution center space," she says. "You can get to Utah, Wyoming and Colorado easily from here. We are in a very good location."

The Sidney native adds, "I am determined. Even though times might be tough now, many local businesses are not shutting their doors. Everything has its ups and downs. We saw huge growth over the last 10 years, and now we will experience a downturn, but it will turn back up."

Norgard says she took the job in Sidney last year even though she knew the Cabela's headquarters would likely shut down following the merger. She did so, she said, because she believes in the people of Sidney, who have weathered big storms before.

"I knew when taking this job that Sidney had a name besides being the home of Cabela's," she says. "There was life before Cabela's and there will be life after it."