Sidney’s Second Act: The Rebuilding of a Company Town 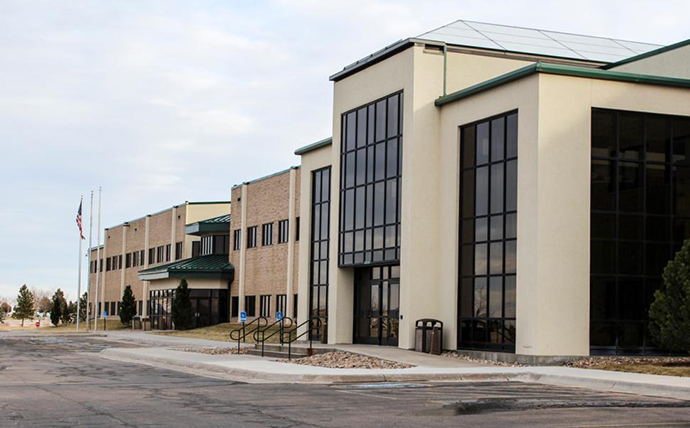 MMP intends to purchase this former Cabela’s HQ building at One Cabela Drive in Sidney, Nebraska.
by RON STARNER

Sixteen months after the small town of Sidney learned that it would be losing its largest employer, a Canadian company with an eye on expanding into the US market has decided where to plant its American flag: in the heart of western Nebraska.

Toronto-based MMP, a logistics management firm founded in 1981 to serve the dietary supplement, food and skin-care industries, is finalizing plans to acquire a 290,000-sq.-ft. building that used to house a portion of the corporate headquarters of Cabela’s before the outdoor retail chain was acquired by Bass Pro Shops.

Melissa Norgard is Economic Development Director of the City of Sidney.

Sidney, a town of 6,000 people on Interstate 80 about 170 miles northeast of Denver, beat out Buffalo and Detroit to land MMP’s expansion into the US after MMP President Mark Priemer got a helpful tip from his custom brokerage firm A.D. Rutherford International.

Royal Unruh, president of A.D. Rutherford, which had just opened a small office in Sidney, suggested to Priemer that he also give the western Nebraska town a look.

“He made an introduction to us via email, and I met the president of MMP a couple of days later,” says Melissa Norgard, economic development director for the City of Sidney. “They came in October to tour our buildings and see if the community was a good fit. We toured an original Cabela’s headquarters building at One Cabela Drive.”

At its zenith, Cabela’s employed about 2,000 people in Sidney as it grew to a $5.5-billion empire. But all that success quickly unraveled when Springfield, Missouri-based Bass Pro Shops announced its intended buyout of Cabela’s in September 2017.

Finding jobs for displaced Cabela’s workers, and securing tenants for vacant Cabela’s HQ facilities, have occupied much of Norgard’s time since; and, if anything, the rebuilding job is ahead of schedule.

On September 4, 2018, global technology services provider Xpanxion announced it would lease up to 65,000 sq. ft. in a former Cabela’s building and bring up to 200 jobs to Sidney over two years. Based in Alpharetta, Georgia, Xpanxion is a subsidiary of California-based UST Global Group. The firm took advantage of a Bass Pro Shops offer to lease one of the vacant Cabela’s buildings for one dollar a year.

MMP likes Sidney so much, however, that it’s not settling for a lease; it’s buying a building outright, says Norgard.

“They worked on a letter of intent with Bass Pro Shops to purchase the building,” she says. “They are now negotiating the final purchase. They made a formal announcement at a recent City Council meeting to create 155 jobs over the next three years.”

Priemer wasted no time in choosing Sidney over the much larger cities of Buffalo and Detroit. “I admire that this city has no quit in it,” Priemer said in a prepared statement to the Star-Herald newspaper in Scottsbluff, Nebraska. “The stories are marvelous from every individual we have talked to. They are tremendously qualified for every job function. I would say, as an employer, I’d be a fool not to locate here.”

Priemer became convinced of the wisdom of the move after attending a career fair in Sidney on January 9. “They were very impressed with the people they met here,” says Norgard. “They are excited to get operational and start creating jobs. This will be a straight purchase of the building. MMP will be the owner.”

Norgard says that Priemer’s trust with Unruh sealed the deal. “It was just a matter of him coming down and getting good feelings with the community,” she notes. “It all fell into place.”

“More projects are in the pipeline. We’ve landed three tenants in less than a year, and we are having positive conversations with other companies. More business people are coming here and seeing the caliber of talent and facilities we have in Sidney.”
– Melissa Norgard, Economic Development Director, Sidney

A.D. Rutherford opened a small office with three people in Sidney in October, and other firms are following suit. Two spinoffs of Cabela’s, Highby Outdoors and Nexgen Outfitters, are operating in Sidney and getting ready to launch their websites, says Norgard.

“More projects are in the pipeline,” she adds. “We’ve landed three tenants in less than a year, and we are having positive conversations with other companies. More business people are coming here and seeing the caliber of talent and facilities we have in Sidney.”

Bass Pro Shops helped by advertising the vacant Cabela’s space on its website, on national TV, and in the Wall Street Journal, but Norgard says the best leads have come via word of mouth.

Elsewhere in town, business is picking up thanks to the investments of two new manufacturers: Agri-Plastics of Canada and Vitalix from Alliance, Nebraska. Agri-Plastics makes calf hutches and other farm products, while Vitalix produces natural feed supplements for livestock.

“Vitalix had a facility in Alliance, about 70 miles north of Sidney, that burned down last summer,” says Norgard. “They needed to either rebuild or relocate. They found an existing building at Adams’ Industries industrial park here, and they opened on October 1 with 30 jobs.”

While Sidney is still a long way from replacing the 2,000 jobs lost when Cabela’s went away, the signs of progress are encouraging to community residents and leaders, Norgard adds. “Obviously, we still have a long way to go in terms of making up the income and lost jobs, but we are on our way. There are lots of positive things happening. We are going to keep our foot on the gas pedal and recruit businesses and people.”

One Cabela’s building that is still available for lease or purchase is the facility at 628 Illinois Street. Printing company Quad/Graphics is the main tenant of that 72,000-sq-ft. building, but it will vacate the space soon as its work for Cabela’s and Bass Pro Shops winds down.

“Housing has been selling here well,” notes Norgard. “We have seen lots of people move in from outside the community. Since mid-2016, over 800 new customers have come in to turn on new utility services at City Hall. We lost over 1,500 jobs, but we never got above 250 homes for sale. We are down to just 90 homes for sale now. If you want to move to rural Nebraska where you can afford a really nice home, you should look at Sidney.”