Banking on the Business of Sports

From the Green Bay Packers to the 2020 Ryder Cup, Northeast Wisconsin seeks big wins on and off the field. 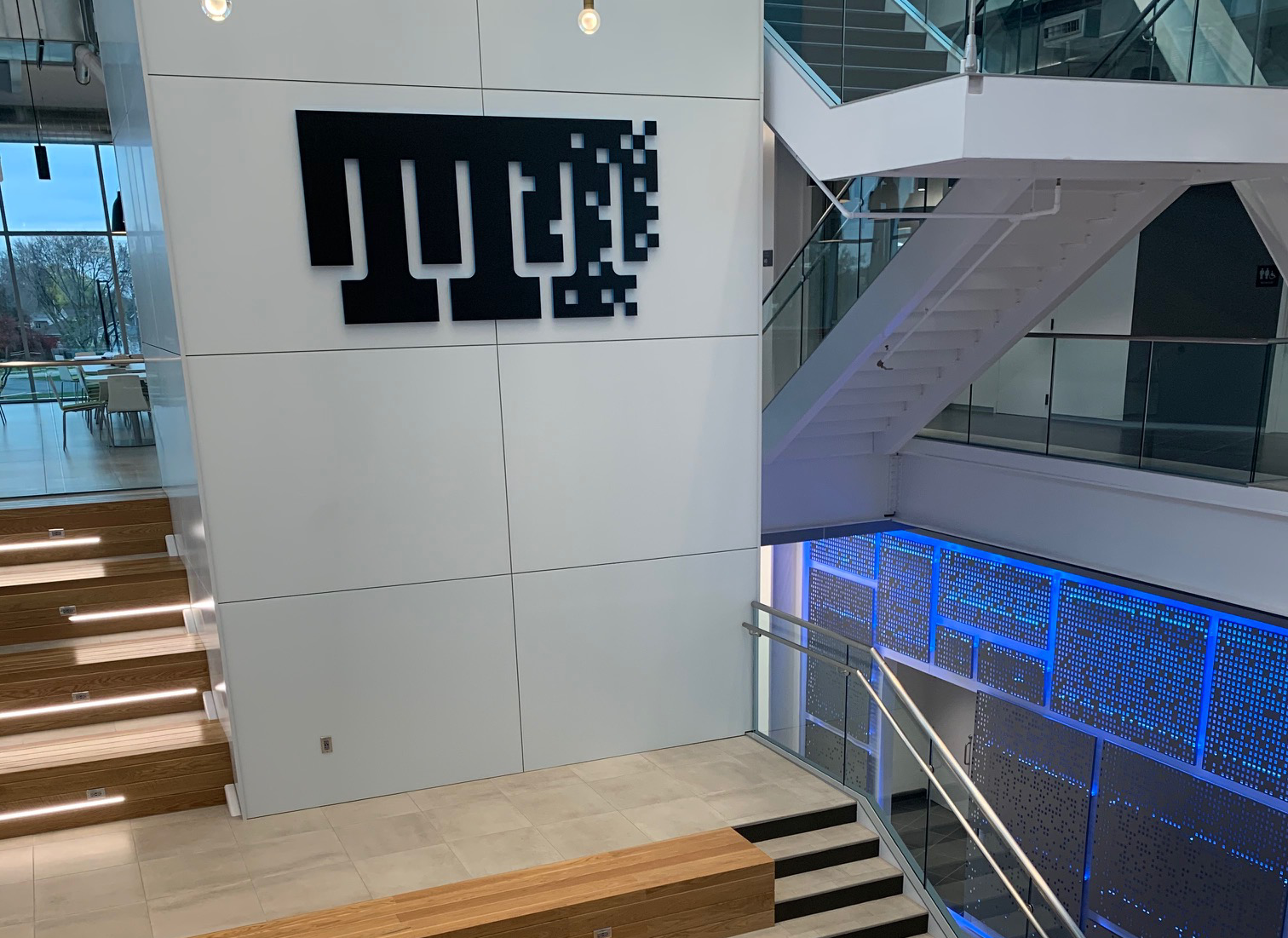 Mixing business with pleasure has become big business in Northeast Wisconsin. From Green Bay and Ashwaubenon to Appleton and Sheboygan, sports-generated economic development is leveraging the enthusiasm created by athletic events to pump billions into this 18-county region of more than 1.25 million people.

For three days last week, I got a front-row seat to this wave of bankable, fandom-driven development in the New North. While Lambeau Field, the legendary home of the century-old Green Bay Packers, takes top honors in this domain, four other projects stand out from the Pack: TitletownTech; Capital Credit Union Park; Community First Champion Center Fox Cities; and Whistling Straits.

Rising literally in the shadow of Lambeau Field is TitletownTech, described as “an innovation center focused on developing and advancing scalable, technology-enabled ventures.” Formed by a partnership of the Packers and Microsoft, TitletownTech is housed in a $10 million, 46,000-sq.-ft. facility that opened in June. Designed as a place to develop new ideas and build startups, TitletownTech takes up 11,000 sq. ft. on the second floor of the new building.

The 2020 Ryder Cup at Whistling Straits will generate an estimated total economic impact of $135 million for Wisconsin.
Source: PGA of America

The Packers and Microsoft have each committed $5 million to a new venture fund that will invest in startups that are aligned with high-growth industries in Wisconsin, but that fund eventually will grow to $25 million as other partners are recruited to join.

The larger Titletown District on Lombardi Avenue in the Village of Ashwaubenon includes a 10-acre public park and plaza with outdoor games and fitness activities, a winter skating rink and sledding hill, 4-diamond hotel, sports medicine and orthopedics clinic, and the Hinterland Restaurant and Brewery.

“There is over $170 million of total investment by all parties in Titletown,” says Aaron Popkey, director of public affairs for the Green Bay Packers. “There will be north of $300 million invested by all parties upon completion. Like other professional sports franchises, we’re putting more money into real estate development and getting a responsible rate of return.”

The goal of TitletownTech is to see part of that return come in the form of successful, home-grown companies. Michelle Schuler, community engagement manager for TechSpark Wisconsin and Microsoft executive, is working to develop the talent side of that equation by promoting skill training and employability among the young people of Northeast Wisconsin.

“We are helping in the digital transformation of the future workforce,” says Schuler. “It’s about helping the community learn and grow. TitletownTech is bringing light to an ecosystem. We are creating new digital talent.”

Popkey says this all springs from the pull of sports. “The power of the Packers is the power to convene,” he notes. “This whole development will have an exponential impact on the community.”

Also located in the Village of Ashwaubenon in Brown County, another facility is jumpstarting the redevelopment of an entire neighborhood. Capital Credit Union Park, a multi-purpose stadium, is home to the Green Bay Booyah of the Northwoods League, a collegiate summer baseball league; the Green Bay Voyageurs FC of USL League Two (soccer); and a variety of other community sporting and social events. The 3,359-seat ballpark opened on June 1 at a cost of $14 million, and it has already exceeded expectations. 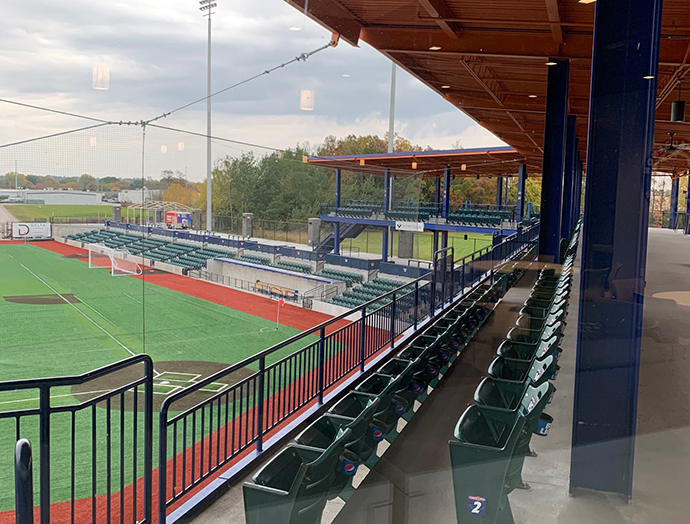 “We have over 40 events booked for the coming year, and interest is growing from other groups,” says Aaron Schuette, director of community development for the Village of Ashwaubenon.

Big Top Baseball, owner of the Booyah, has committed to a 23-year lease of the facility, paying $500,000 up front and committing to $205,000 annually for 5 years followed by 1% increases in payments for the remaining years of the deal.

In the spirit of the team name, the ballpark includes the world’s largest booyah kettle, capable of holding 2,000 gallons of the thick stew.

Opening this fall, the $30 million Community First Champion Center Fox Cities in the Town of Grand Chute near Appleton is designed to be the premier indoor sports tourism complex in the Midwest. The 164,000-sq.-ft. facility features a year-round ice rink with seating capacity for up to 1,000, a fieldhouse with four basketball courts or eight volleyball courts, and a seasonal arena that can be an ice rink or four basketball courts or six volleyball courts.

The project, being funded through local hotel room tax, is expected to generate a healthy return on investment through the hosting of various youth and high school sports tournaments. A study commissioned by the Fox Cities Convention & Visitors Bureau estimates that the indoor sports facility will generate an economic impact of up to $8.9 million in the first year. 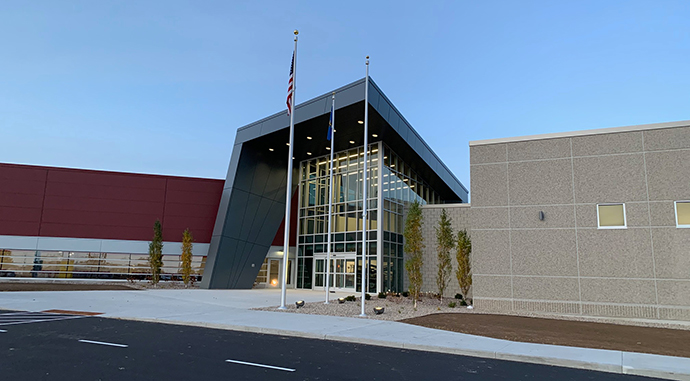 “From an economic development perspective, this project makes sense for the Town of Grand Chute, and anything we can do to bring it to reality brings value to the town,” said Robert Buckingham, Grand Chute community development director.

Pam Seidl, executive director of the Fox Cities Convention & Visitors Bureau, added that “we are extremely thankful to the Town of Grand Chute for continuing their support of this facility, as the project most likely would have stalled without their agreement to own and facilitate the financing. Grand Chute, along with the other nine municipalities that have agreed to provide hotel room tax for facility development, recognizes the impact this venue will have to draw thousands of tourists to our region.”

Site of the 2020 Ryder Cup, Whistling Straits is located on the shores of Lake Michigan in Sheboygan County near Kohler. How important is hosting the Ryder Cup? Experts say the tournament pitting the best golfers of America versus the best golfers of Europe will generate a total economic impact of $135 million. 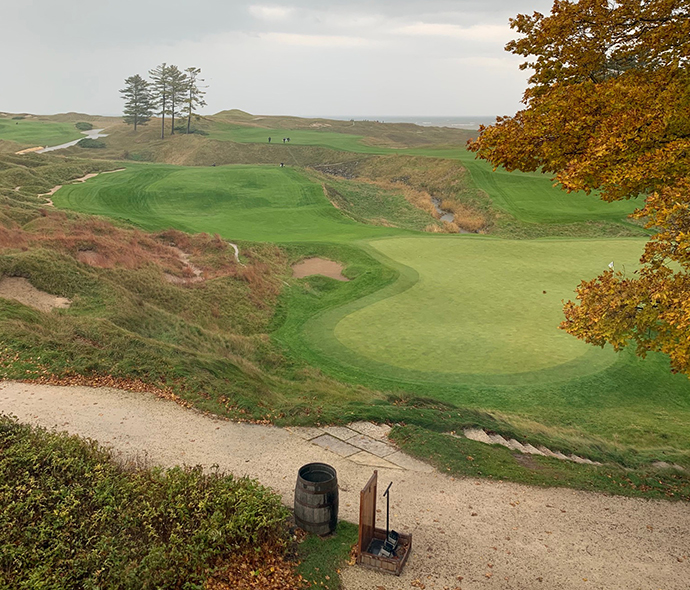 Nick Dockter, a PGA of America professional and director of corporate hospitality sales for the 2020 Ryder Cup, says the event will require more than 4,000 volunteers and create over 1,300 temporary jobs in the region. “Over 27 hours of live television coverage will broadcast the Ryder Cup at Whistling Straits to over 500 million households worldwide,” he says. “This event will result in 29,000-plus room nights in area hotels, the sale of more than 100,000 hats, and the sale of tickets to around 40,000 spectators each day of the event.”

He adds that the long-term impact of the Ryder Cup on the region cannot be overstated. “People will come here from all over the world and stay in places from Green Bay to Milwaukee,” Dockter says. “Some of them will stay for two to three weeks. Milwaukee and Green Bay will be very busy during this time, and the area will receive worldwide exposure.”

“People will come here from all over the world and stay in places from Green Bay to Milwaukee. Some of them will stay for two to three weeks.”
– Nick Dockter, Director of Corporate Hospitality Sales, 2020 Ryder Cup, Whistling Straits

The event itself, to be staged next September 22-27, has been 15 years in the making, Dockter adds. “We were announced as the site of the 2020 Ryder Cup back in 2004. A lot of people have been working very hard for a long time to make this event a huge success.”