Ten Things I Learned at TrustBelt 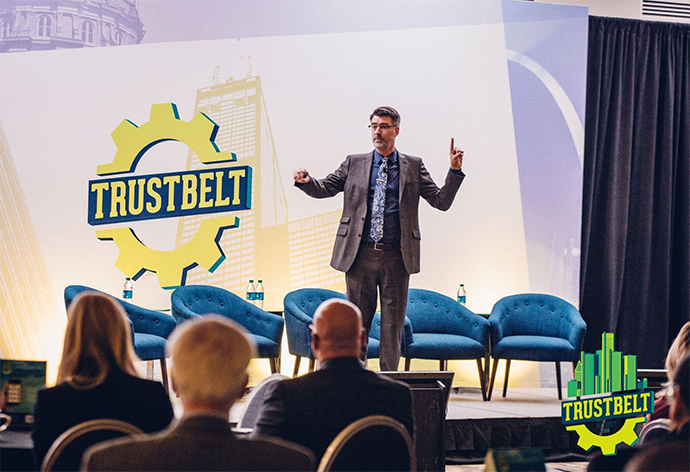 It didn't take long for noted author and economist Peter Zeihan to deliver the first wake-up call of the 2018 TrustBelt Corporates & Consultants Forum in Detroit: "America has been backing away from the global order since 1989," he said.

With that, the fourth annual TrustBelt event was off and running on Nov. 7 in Motor City while the rest of America couldn't make up its mind who it wanted to run the country.

There was little uncertainty inside the Crowne Plaza Riverfront in downtown Detroit, however. A parade of distinguished speakers and panelists reinforced the notion that how we build our companies and our cities is changing as rapidly as the modes of transportation we use.

In the coming weeks, we'll explore each of TrustBelt's timely topics in depth, but for now, I'll start with sharing my early observations of the 10 things I learned at TrustBelt: