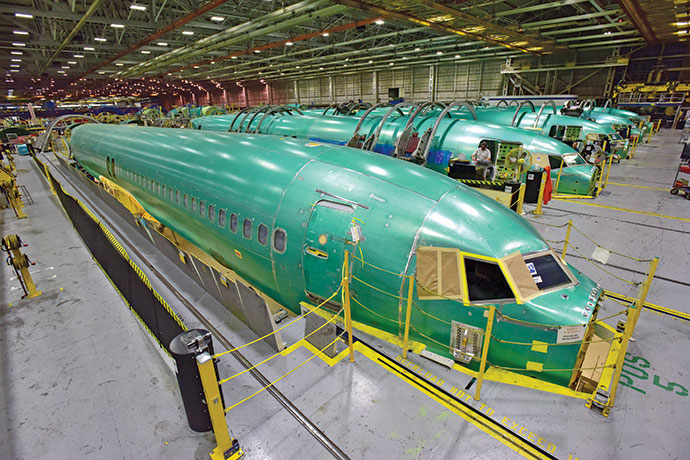 Since the 16th century when immigrants landed on our shores and began exploring, travel has been crucial to U.S. growth. In those early days, migration was important for the transfer of skills and manpower to grow new communities. It also provided the necessary knowledge and innovation to fuel economic growth. That linkage, when applied to people visiting established cities and towns today, remains equally important.

All visitors and newcomers, together with the money they bring into a community, stimulate economic development. Among them, business travelers not only bring money to support the local industry directly, they also bring the above-mentioned knowledge and innovation to their conferences, conventions, and meetings to indirectly aid local economic development. Such indirect contributions include helping to shape the city’s brand identity and value, bringing and sharing professional expertise with locals, and visiting the city with an eye for possible relocation, as well as company expansion.

The U.S. Travel Association reports there are eight travel jobs supported by $1 million in travel spending compared to five jobs supported by $1 million in the private sector expenditures. The necessary growth to fill these jobs, one might argue, is of decreased significance since the industry jobs created are primarily service oriented and offer low wages.  Statistics provided by the U.S. Travel Association prove otherwise. This organization reported that in 2017, 52% of travel jobs earned a middle-class wage or higher, 1/3 of Americans whose first job was in travel earned a bachelor’s degree, and the average career salary of Americans whose first job was in travel is $82k per year.

The focus of this study is to identify which metros with 75K+ residents, located in the 9-state “Trustbelt” region, have a travel and tourism industry flourishing above the national average ultimately contributing to above average overall economic growth and wages. Once the winners are identified, it is investigated what the top performers have done to achieve their positive result?

Shift-share analysis provides a method of separating growth into the components of 1) National growth, 2) Industry mix, and 3) Competitive effects. It is this last effect that this essay addresses. Essentially, the competitive effect is the impact left after accounting the growth of the national economy and the growth of the industry at the national level. Table 1 below ranks the top 20 metropolitan areas among the 83 metropolitan areas in the Trust Belt. The 20 top metros in Table 1 are the ones that expanded their travel industry at a competitively higher rate than other metropolitan areas in the U.S. between the end of the recession in 2009 and 2017.

Rank & Overall Growth. As listed, Wichita expanded its travel industry by 51.6 percent greater than expected by national growth numbers, referred to here as the competitive growth. Table 1 data also show that, contrary to popular belief, the top 20 metros compared to remaining 63that expanded their travel industry at a greater competitive rate experienced a higher average wage growth at 21.0 percent than the remaining 63 metros which experienced average growth at a slower 18.9 percent. Furthermore, the top 20 metros also expanded total GDP at a median 39 percent compared to a slower 32.3 percent median rate of growth.

Data in Table 1 support the hypothesis that metros that expand their travel sector at a competitively faster rate also grow their overall economy at a superior rate and expand average wages at a higher rate than metros that advance their travel industry at a slower competitive rate.

Since the above data clearly show that travel and tourism growth supports economic development in terms of GDP growth and higher average wage gains, what can other communities learn from their success? Due to aging of the population and expanded healthcare access, each of the five have benefited from health care tourism. Here are some specific examples of what the top five communities have each done to facilitate this growth.

In conclusion, this essay has demonstrated the importance of the travel industry to overall economies, and contrary to expectations, average wage growth.