Who Declared Amazon the Chief Rule-Maker? Rethinking Economic Development in the Wake of HQ2 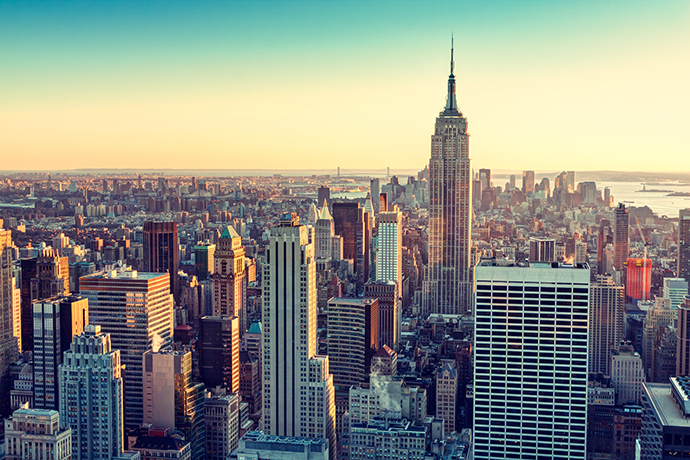 With Amazon’s scavenger hunt for a second (and third) headquarters now a thing of the past, lingering questions have been left in its wake, especially surrounding the water cooler aspects of the hunt. When did Amazon make the decision to split the project between two sites? Had it already decided the project was too big for one location before the search even began? Had the eventual winners been preselected? Did the losing cities make a mistake to compete for the project in the first place?

No doubt these questions are interesting, perhaps even important, to ask. But for the site selection industry as a whole, we believe the more valuable question is whether the selection process left our industry better or worse as a result.

On the plus side, the search for HQ2 garnered media attention in a way that no other economic development project has in the past. From the time the search began, the story garnered local, national, and even international press coverage. And beyond commanding newsworthy attention from economists and financial commentators, the idiosyncrasies of the competing bids had their own stop-and-stare appeal to the casual observer – from Tucson’s gift to Amazon in the form of a 21-foot cactus to Calgary’s offer to wrestle a bear for the company. This exposure to the site selection process informed the public that economic development and its influence on the economy, culture, and society can be far-reaching.

Additionally, the search provided the opportunity for all public officials to think seriously about their localities’ economic development strategy and general sales approach. Even those cities and states who elected to forego a submission to Amazon were still forced to scrutinize their economic development assets and liabilities. Those that chose to bid – but did so unsuccessfully – likely learned a great deal from the process, are left with a proposal that can likely be repurposed for future endeavors, and gained camaraderie amongst the many organizations who collaborated to prepare the bids.

But as we saw in the aftermath of HQ2, the media coverage of this glorious spectacle turned cynical, especially in areas that lost the bid. The charming stories of cities offering to rename themselves “Amazon” were swapped out with scathing editorials offering recriminations and harsh criticisms of the process. Commentators in mid-tier finalist cities questioned the wisdom of these markets competing for the project in the first place. Critics in cities from Pittsburgh to Atlanta complained about the lack of transparency in the process and questioned whether they had a viable shot to begin with.

And it wasn’t just the so-called “sore losers” piling on. Many residents and local members of the media in the two winning areas, New York and Northern Virginia, have been less than thrilled with their victory. The list of laments in “winning” one of the coveted HQ2 slots is a long one: population congestion, transit woes, higher property costs, and the cost of incentives, just to name of few.

While Amazon effectively stacked the deck in its favor from the beginning to the end of its search process, this should come as a surprise to no one. After all, Amazon is a for-profit, publicly traded company currently ranked eighth on the list of Fortune’s 10 largest companies. Undoubtedly to Amazon’s delight, the process it initiated and the media buzz that resulted set off a feeding frenzy that benefitted the company in every respect. For HQ2 haters the company is an easy target, but it only did what was in its best interest.

Criticism against Amazon, especially from the cities and states that chose to participate in this endeavor, seems especially misguided. While some of the post-decision hangover might reasonably be attributed to sour grapes, some real learning could result from purveyors of HQ2 if they focused on how competing areas managed their own participation in the process.

Were cities and states with a legitimate resume to compete for the project justified in doing so? While we believe the answer always has been and continues to be “yes,” there’s also no doubt that in retrospectand in light of the two locations selected – those locations being the two areas with the highest concentration of Amazon employees and the two largest workforces from which to select – this process was not as competitive as many believed. Nonetheless, the outcome wasn’t so obvious at the outset of the process that able-bodied cities and states should have sat it out altogether.

Having chosen to participate, competing jurisdictions may have been well-served to temper their competitive instincts with more objectivity and clear-eyed judgment. As just one of many examples, blindly offering aggressive incentive packages and sharing the details of confidential strategic initiatives with Amazon under the seal of privacy reserved for nuclear launch codes has not aged well with hindsight. Some of this confidential information concerned workforce and infrastructure data that was kept so under wraps even local citizens and elected officials weren’t privy to it. Even now, with Amazon’s final decision over a month old, the details of some bid packages still are not public. Meanwhile, Amazon has a treasure trove of “insider” information at its disposal, while other private businesses who would benefit from similar knowledge are left in the dark and at a competitive disadvantage.

The opportunities to learn from this process are many, but if there’s one takeaway it’s that economic development deals are partnerships, not one-sided, hostage-style negotiations. No one declared Amazon the chief rule-maker of this process. Every city and state had the autonomy to implement its own requirements in kind, or choose not to participate. Is it realistic to think that if New York or Northern Virginia had redlined Amazon’s RFP with its own demands on day one, Amazon would have eliminated them from contention?

As much promise as HQ2 held for its 238 contestant cities, even after adding an HQ3, life goes on for the 236 that failed to take one of the two top prizes. Maybe that can be a message to communities and states when HQ4 comes along. These free-for-alls always produce more losers than winners. Do what you can to put your best foot forward, but don’t lose your head along the way.