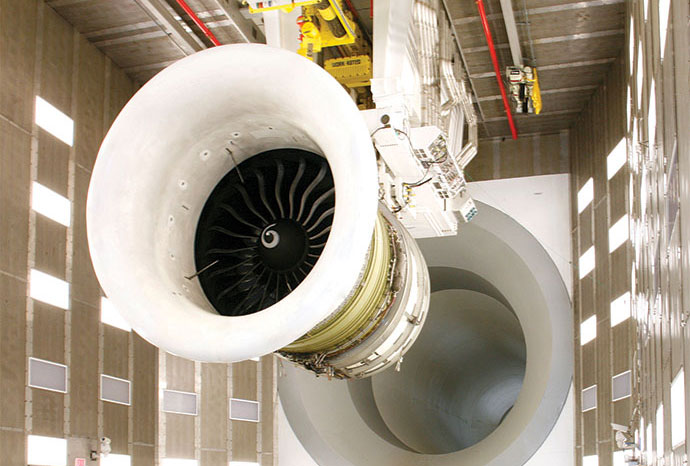 Jet engine in Peebles, Ohio, goes through a series of real-world tests.
Photo courtesy of GE
by RON STARNER 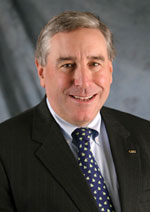 141 out of 213 Ohio manufacturers (66 percent) surveyed this year identified tariffs as an area of regulation that concerned their companies. In 2018, only 4 percent did.
Source: 2019 Ohio Manufacturers Survey

More ominous clouds may be brewing, however. “Anecdotal data coming from corporate earnings reports, comments recorded in the Federal Reserve’s Beige Book, and answers to the Ohio Manufacturers Survey all point to accumulating damage,” notes Hill. “The current trade skirmish is not enough to trigger a recession on its own. However, growing trade tensions between the U.S. and China, threats of additional actions against Europe, and continued actions against Canada and Mexico, coupled with signs of a softening domestic economy, may provide enough kindling to stoke the fires of recession – either regional or national.”