Will Amazon’s HQ2 Auction be a Community Benefits Game-Changer, or a Monument to High-Tech Arrogance? 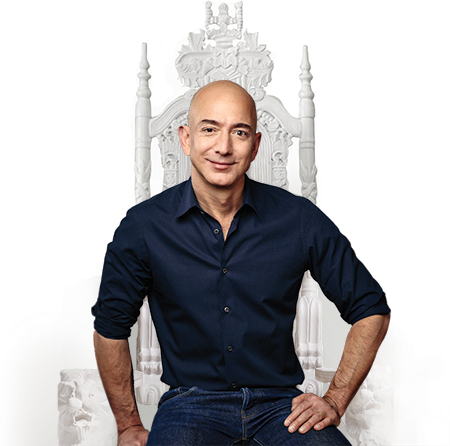 Amazon.com, Inc.’s HQ2 project is the biggest “buffalo hunt” in U.S. history, as measured in potential jobs. Besides disrupting the lives of thousands of government staffers and consultants scrambling to file those 238 applications last fall, a project of this magnitude could change the way economic development projects are negotiated and incentives are designed.

Or not. It could instead reinforce everything that is wrong, process-wise, about America’s site location system, with its corporate-dominated norms that exclude taxpayers and cause governments to over-spend on “megadeals” that can’t fiscally break even.

From the moment Amazon announced the HQ2 public auction last September, there was an enormous surge of public interest. Comment threads on news articles drew hundreds of responses, as people gleefully urged Amazon to choose their hometowns. San Antonio, before publicly bowing out, actually contemplated crowd-sourcing its bid!

But soon, some had second thoughts. News articles about the company’s history in Seattle were not all flattering. Accounts of stratospheric housing prices, a brutal white-collar corporate culture, and an insular style with little community presence jarred some, especially given the company’s top-rated consumer popularity.

Soon came calls for engagement, even outright blowback. More than 125 community groups—with membership in 14 of the 20 localities that would make the first cut— signed an open letter to Amazon CEO Jeff Bezos, insisting on negotiations for Community Benefits. Spontaneous coalitions popped up in places such as New York, Chicago, Pittsburgh, Washington DC, Philadelphia, and Atlanta. “Reveal the Deal,” chanted protesters at a candidates’ forum in Montgomery County, Maryland. “Let’s Prioritize Communities, Not the World’s Richest Man,” says a website in Northern Virginia.

Experts and a small number of public officials weighed in, and San Jose also publicly bowed out. Urbanist Richard Florida’s Change.org petition drew more than 16,000 signatures, urging the 20 mayors to adopt a “non-aggression pact.” City council members in four of the 20 cities signed Florida’s petition, denouncing Amazon for orchestrating a race to the bottom.

Columnists and TV pundits denounced what some called a “Hunger Games” race to the bottom, some saying they suspected Amazon already knew its preferred location. HBO’s John Oliver included the HQ2 race in a segment of his weekly show, joking about Omaha offering Bezos a license to kill. I issued a fantasy scenario that included daytime-television begging panels by politicians and “Survivor”-style final rounds.

But then in late January, the humor screeched to a halt, as Amazon abruptly veered to the old school of secretive site location. As it named its first-cut 20 localities, it issued a second-round RFP and announced that the new bids would be covered by non-disclosure agreements, and that site visits would occur with little advance notice and should happen without media coverage.

These moves made public engagement almost impossible. Yet the need for civic engagement on HQ2 is especially urgent because such a large project will induce costly growth. In any “winning” labor market, a large majority of the new-job takers will be in-migrants to the region. So more teachers and classrooms, more lane-miles and transit, more public safety and trash-hauling, and more water and sewer service will be needed.

If Amazon bears few or none of those new costs, incumbent residents will inevitably face lower-quality public services and higher taxes. It also likely that many of the job-creation benefits will “leak” to other states: at least half of the 20 finalist locations would draw commuters from neighboring states. That makes HQ2 a Teachable Moment on the corrosive “economic war among the states,” and a poster child for interstate cooperation.

Amazon and most of the 20 finalist governments that have not yet disclosed their first-round bids can start to salvage this opportunity for real public participation if they will disclose their first-rounds bids. (Toronto’s HQ2 bid has been downloaded about 12,000 times—free advertising for the city’s economic development assets!)

Absent sunshine, Amazon control the conversations, leaving public officials to sit passively in their “prisoners’ dilemma” cells, failing to communicate or cooperate to avoid over-spending, and unable to compare the company’s representations. Amazon will be free to say one factor matters greatly to one city and say something quite different to another, and no one will be the wiser.

But Amazon can’t suppress the high level of public interest it has provoked. Taxpayers in the 20 localities deserve to know where the bidding opened. Yet the public knows almost nothing about six of the 20 HQ2 bids, and only two city bids and two state bids have been fully disclosed. In between those extremes, five localities have partially disclosed their bid documents while redacting the most salient detail: the costs of the incentive packages. In two cities and two states, some details of the bids, including cost estimates (but without good details), have leaked to the news media. Two other cities have described their bids, while claiming no incentives were offered, but listing existing programs (both as of right and discretionary). Two state bids are known only because they had to undergo legislative enactments.

So to Amazon we say: walk your talk about earning trust and developing lasting relationships with communities. Conduct your HQ2 search in a transparent, inclusive and democratic way. Add meetings with concerned community groups to your site visits. Commit to a negotiation process for Community Benefits in your final-choice locality. Renounce any special tax breaks and instead announce your intention to pay the same sales, property and income tax rates as do small retailers.

To public officials, we say: Let the HQ2 episode be a game-changer. Open up your process for planning and negotiating development deals. Commit to public hearings during non-working hours in the project footprint and surrounding neighborhoods. Make it clear there will be no incentives, land-use permits, zoning variances or infrastructure allotments until all of the affected communities have negotiated satisfactory Community Benefits Agreements with Amazon—such as affordable housing, local hiring, job quality standards for all of Amazon’s employees in the state, transit system improvements, procurement that favors Minority and Women Owned Business Enterprises (MWBEs) and other local suppliers, partnerships with local schools and universities—and other benefits based on local needs.

If public officials insist on clinging to the old, passive role for government that excludes and condescends to taxpayers, they invite more public disapproval of all future economic development efforts.

If Amazon insists on doing a multi-billion-dollar deal in a back room, it risks erecting a monument to high-tech arrogance.