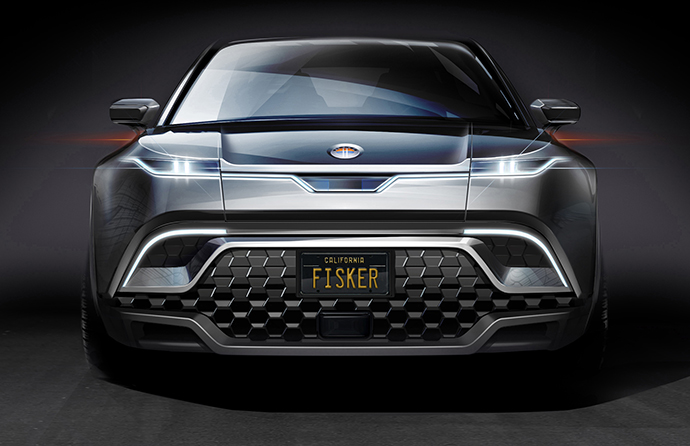 Where have we seen this before?

A prominent, high-tech company makes a bold announcement that it’s scouring the U.S. for a site for a large facility project while inviting states to submit their most competitive bids.

If it worked for Amazon, the thinking goes, then it just might work for California-based Fisker Inc., designer and maker of sleekly designed electric vehicles.

On April 5, Fisker announced an executive appointment that is expected to expedite the nationwide search and lead it toward its conclusion. Don Jackson, formerly president of manufacturing for Volkswagen of America, was named senior advisor of manufacturing for Fisker. Coming to the post with more than 40 years of manufacturing leadership, Jackson is being tasked with spearheading the manufacturing strategy and site selection for Fisker as the company prepares to launch an affordable all-electric SUV by the second half of 2021.

Henrik Fisker, founder and CEO of Fisker Inc., has publicly identified 11 states as contenders for the plant investment that could be in the hundreds of millions of dollars: California, Georgia, Indiana, Kentucky, Michigan, Missouri, North Carolina, Ohio, Tennessee, Texas and Virginia.

The company is conducting the search with the help of accounting firm EY. Fisker also said that it was accepting proposals from states through April 8.

Among the site criteria that Fisker has identified are the following:

This is not the first time Fisker has done this. Fisker Automotive, Henrik Fisker’s initial car venture, went bankrupt in 2014 after collecting $192 million in U.S. Department of Energy loans. Only $52 million was repaid, and the firm’s remaining assets were subsequently acquired by Wanxiang, an automotive parts manufacturer based in China.

Fisker says his new venture will not make the same mistakes this time. He also blames “a very immature electric vehicle industry” for many of his earlier firm’s problems.

This time, he’s banking on a less expensive SUV model to propel the company to fame and fortune. On March 20, he unveiled the unnamed SUV, priced at $40,000, which he says will be one of three affordable EVs coming from his company.

Fisker plans to launch the new SUV in 2021 to compete with the similarly priced Tesla Model Y compact SUV. Both vehicles are touted to have a 300-mile range on a single charge. Fisker also plans to introduce a four-wheel drive version with two electric motors.

Few other details of the new Fisker SUV have been released, but the company did release a couple stock photos illustrating the concept of the new car.

Fisker said it was important to have a seasoned automotive executive aboard to lead the site search for the new plant. “We sought out an automotive industry leader with a strong history of results in high-volume manufacturing and the utmost in quality control,” Fisker said of Jackson, who also previously served as a senior executive for Toyota. “Don has led operations for the largest OEMs, raising the bar in vehicle quality and reliability. We are delighted to have him join our team as we ramp up toward launch in 2021 and prepare him to bring a more emotion-stirring, American-made EV design to people worldwide.”

Jackson said he decided to join Fisker because “the future of the automotive industry lies in electric vehicles. There’s an undeniable shift toward sustainable mobility around the globe, and Fisker is breaking the mold with the most forward-thinking technologies complemented by Henrik’s world-renowned, emotionally compelling design touches. I share Fisker’s vision of driving mass electrification forward by producing more desirable EVs for the global market here in the United States, and I look forward to building a disruptive strategy that combines Fisker’s unique business model with the very best manufacturing practices that assure unparalleled results and outstanding, reliable products.”

A key feature of the Fisker automobiles will be the patented Fisker Flexible Solid-State Battery, which Fisker says will usher in a new era of fast-charging, safety and range.

While Fisker Inc. is private and therefore does not release many financial details, the company scored a big win last October when it secured a strategic investment from Capture Venture Capital, a wholly owned subsidiary of Caterpillar. The Illinois-based investment group is backing Fisker’s battery-car program and its new solid-state battery technology.

Fisker unveiled its EMotion car at the giant Consumer Electronics Show last year, but no official release date has yet been given for that vehicle. With the April 5 announcement, the company has prioritized getting an affordable EV/SUV on the market first.