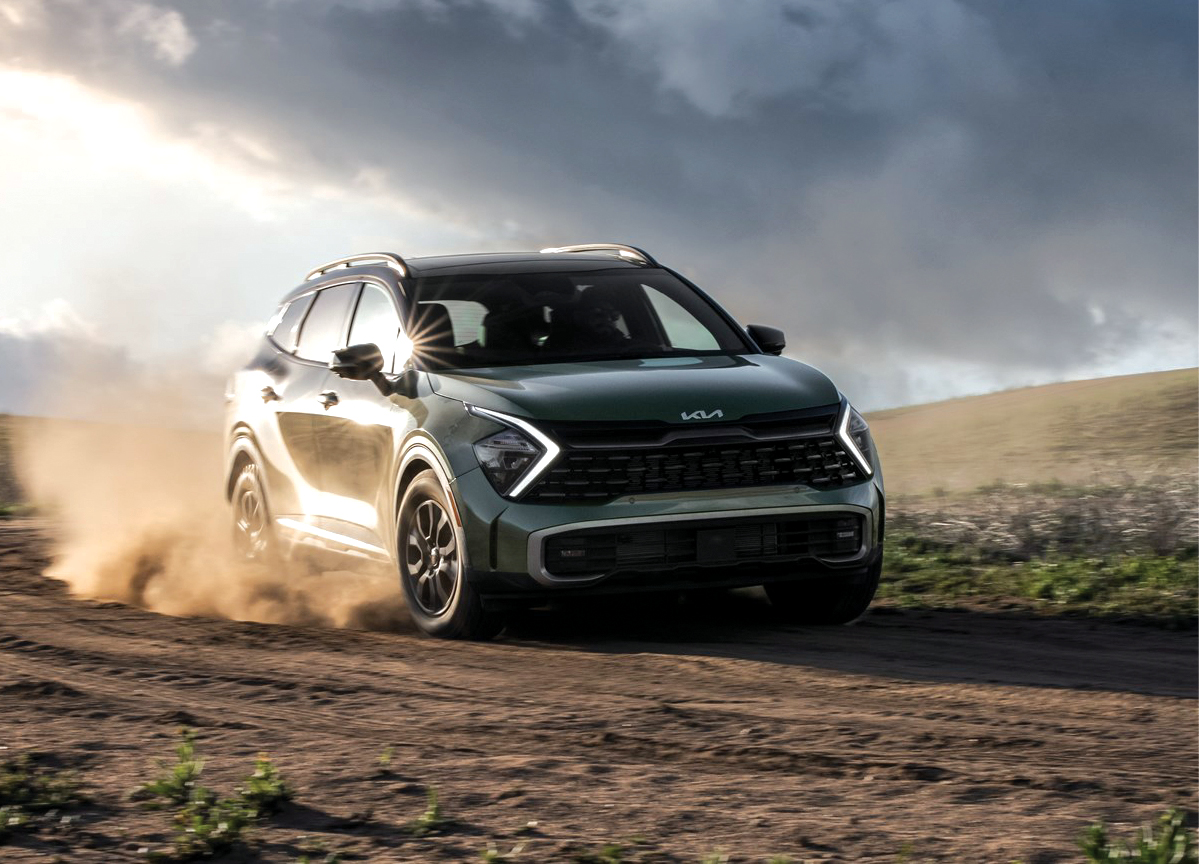 Kia Georgia Inc. has been producing SUVs for a decade and a half in West Point, Georgia.
Photos courtesy of Kia Georgia, Inc.
by RON STARNER
A

s America moves inexorably toward an electric mobility future, one thing has become clear: The companies building that future are choosing to locate their factories in places that produce the best educated and highest skilled workers.

Every company we interviewed for this article said the same thing: When it comes to training and equipping a manufacturing workforce, no one does it better than Georgia.

The proof is in the performance. During fiscal year 2022, job creation and investments resulting from economic development projects in Georgia set an all-time record. The 358 located projects supported by the Georgia Department of Economic Development’s (GDEcD’s) Global Commerce team will result in the creation of more than 51,132 new jobs and $21.2 billion in investment for the state.

For years, Gov. Brian Kemp has touted Georgia as the best place to do business — and he has had good reason to do so. For most of the past decade, Site Selection magazine and others have ranked Georgia as having the nation’s best business climate. Now we know why. It’s the people of Georgia who make it that way.

But don’t take our word for it. Listen to what manufacturing executives said when we asked them why they picked Georgia.

Rick Douglas, director of people and culture for Kia Georgia Inc., said the Georgia Department of Economic Development made it easy for the Korean automaker to select West Point, Georgia, in March 2006 for the automotive assembly plant that today employs over 3,000 Georgians, covers 2,200 acres, and represents a total capital investment of $1.8 billion.

“The State of Georgia has engineered a capable set of resources crossing multiple agencies, that collectively structure a framework to support a workforce development program considered the benchmark for the nation,” says Douglas. “Before the ink was dry on Kia’s announcement to build our facility in Georgia, the Technical College System of Georgia (TCSG) had dispatched its Quick Start program to create a world-class training program to prepare the community for the 3,000 automotive assembly jobs headed its way.” 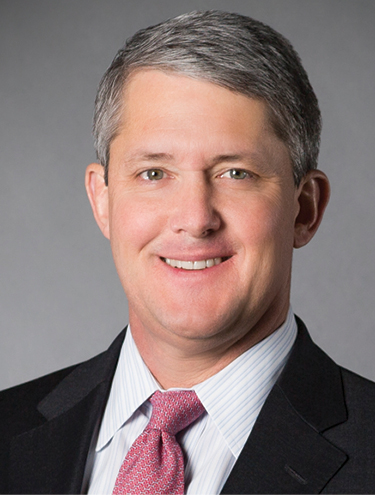 Let that sink in: “before the ink was dry.” That means the leadership of GDEcD and Quick Start had been doing their homework and legwork long before Kia turned the first patch of dirt.

“Quick Start traveled the globe to make the Kia Georgia Training Center (KGTC) the ‘gold standard’ in the auto industry,” says Douglas. “Through its critical analysis and depth of expertise in training programs, Quick Start and the KGTC became the starting line for the transformation from a local workforce focused on textiles to a high-tech automotive workforce. TCSG and Quick Start have continued to be valued partners in growth and advancements as we have upgraded our site with new models and technologies. Through collaboration and strategic planning of resources and available talent, we have experienced significant growth in skill and capabilities.”

“When it comes to training and equipping a manufacturing workforce, no one does it better than Georgia.”

Comments like that resonate with other manufacturing executives for several reasons. The labor force participation rate across the U.S. has never been lower. Millions of American workers who dropped out of the workforce during the pandemic have yet to return. Couple that with the fact that in some states, community college education and technical school training are inadequately aligned to meet employer needs, and the picture becomes clearer.

States and local jurisdictions must have a trump card they can play when competing for high-value-added manufacturing jobs. In Georgia, that ace in the hole is Quick Start.

Douglas witnessed firsthand how Georgia’s No. 1-ranked worker training program saved the day for Kia when it first came to Georgia. “Early in our operation, Kia Georgia experienced significant difficulty in recruiting maintenance team members with experience in the types of automation and control equipment utilized in our industry. Realizing that the situation was not likely to be resolved by recruiting from other areas and industry, Quick Start and TCSG stepped into action, creating a Maintenance Certification Program, based on what was needed to be proficient as a maintenance team member,” says Douglas. “The initial scope of the customized training assessment and structure for it was developed by Quick Start for Kia Georgia before moving to the West Georgia Technical College (WGTC). Since then, 85 Kia Georgia participants have enrolled, and the program has been added to WGTC’s public curriculum.”

Gulfstream Aerospace is investing $150 million to expand its manufacturing plant in Savannah.

He adds that this was not an isolated episode. “This is just one example of many,” he says. “The impact and combined success of Quick Start and TCSG cannot be overstated.”

Kia has company in that regard. At SK Battery America Inc. in Commerce, Georgia, Steven Jahng recalls a similar experience for the Korean-owned producer of electric vehicle batteries. “The key incentive for SK is the Georgia Quick Start program,” says Jahng, director of external affairs for the company in Jackson County. “They know exactly how to train the average person off the street. The extensive college network, dual enrollment program and career academies are a big help. All of that was here before we came. And Georgia’s technology-based engineering education plays a very big role in developing our workforce of the future. That is the foundation of the new wave of advanced manufacturing.”

SK Battery picked this site just off Interstate 85 in northeast Georgia in November 2018 for the $1.67 billion plant. The firm’s incentives agreement with the state was based on SK hiring 2,600 people. According to Jahng, SK is ahead of schedule.

“We are almost at our target of 2,600 employees,” he says, “and our hiring plans have accelerated.”

SK Battery America Inc. is ahead of schedule at its massive battery plant in Commerce, Georgia.

Location matters, says Jahng, adding that the most important location factor is proximity to a qualified and available workforce. “The proximity to Atlanta is what sold us on the site in Jackson County,” he says. “Draw a radius of 40 miles around our site. That is where the population of our workforce comes into play. If you look at any other site in the Southeast, you don’t get a county like Gwinnett or a city like Athens or that kind of exposure to population. Others are a distant second to Atlanta.”

What sealed the deal? According to Jahng, it was Georgia’s leadership. “It starts with Gov. Brian Kemp and GDEcD Commissioner Pat Wilson. Everyone in Georgia has been extremely supportive.”

As a result of these and other wins, the EV sector in Georgia is now shifting into overdrive. On the heels of the success of Kia and SK Battery, more recent announcements have come from Rivian, Hyundai and FREYR Battery. Illinois-based Rivian is building a $5 billion EV plant near Social Circle and Madison about 45 miles east of Atlanta; Korean-based Hyundai Motor Group is spending $5.5 billion to build battery and EV plants in Savannah; and Norwegian company FREYR is investing $2.57 billion to construct an electric car battery plant in Newnan in Coweta County just southwest of Atlanta.

Not Simulation, But Replication

This green wave wouldn’t be possible without Quick Start, says GDEcD’s Wilson. “We’ve done this since 1968,” he says. “We have a track record. We know what we’re doing. How we prepare Georgians to fill available jobs sets us apart. Quick Start is a unique program. Other states have tried to recreate it, but no one does it like we do. That’s why we’ve been ranked the No. 1 workforce training program 13 years in a row. What you need as a company is the support on the ground as you go through the entire ramp-up schedule. With Quick Start, every time you hire, there is an opportunity for you to leverage that program again. When you invest in Georgia, you become a part of our business family.”

“What sealed the deal? It was Georgia’s supportive leadership.”

He cites Kia’s experience in West Point as an example. “Their initial need was to hire 1,000 people,” Wilson notes. “We knew this was going to be more than just one run of hiring people. We had 30,000 applications for the first 1,000 job openings. Quick Start identified the best candidates and was able to create a training program specific to Kia’s needs.”

Rodger Brown, executive director of Quick Start, says his organization gets involved with the company long before it even arrives in Georgia. “With the SK Battery project, this was the first large-scale EV battery plant in the state,” he says. “We did a complete project study. We visited their facilities in Korea and documented their equipment and the workers performing their tasks. The company was very supportive in giving us access to their manufacturing operations. We were then able to use that information to develop training solutions for them in Georgia. We fabricated training stations that mirrored the workstations in the plant. We don’t just simulate what the job will be like. We replicate it.”

Brown has been overseeing that process for 21 years. “Our process pretty much guarantees that our end product — the training we deliver — is going to be effective and successful for the company,” he notes. “We did the same thing for Kia. We have worked with them for 15 years; and we will do the same thing for Hyundai. We will build, design, equip and operate a training center for Hyundai in Bryan County.” 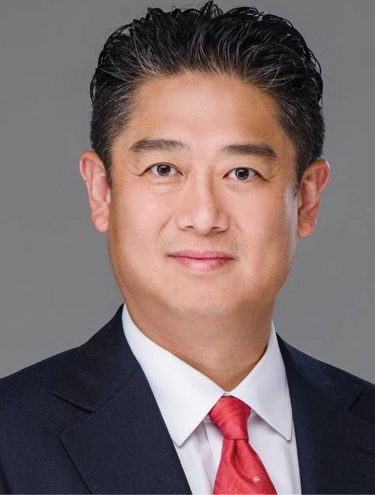 “The key incentive for SK Battery is the Georgia Quick Start program. They know exactly how to train the average person off the street.”

It’s not just automakers who benefit from Quick Start. At Gulfstream Aerospace, which has been producing corporate aircraft in Savannah since 1966, they’ve been relying on Quick Start for worker training for decades. When Gulfstream recently announced a $150 million facility expansion in southeast Georgia, Quick Start was a pivotal part of the deal.

“We don’t just simulate what a job will be. We literally replicate it.”

The 262,000-square-foot expansion adds G400 production and wing lines as well as new material delivery and distribution areas. As many as 200 new positions could be created by this expansion. Quick Start will be there to help them.

“Gulfstream has a long and successful working relationship with Georgia Quick Start for training of employees in many programs and job types,” says Jay Neely, vice president of law and public affairs for Gulfstream. “Its flexibility and ability to tailor training to an employer’s specific requirements are invaluable. Georgia’s significant investment in the Quick Start training center adds significantly to its capabilities, and the Quick Start Advanced Manufacturing Center here in Savannah is a great example.”

Wilson adds that Quick Start is the ultimate deal-closer when Georgia is wooing corporate expansion projects. “These companies, especially those in the transportation sector, need a skilled workforce,” he says. “By taking advantage of the resources of Quick Start, they can use a technical college system that is integrated in all of our rural communities. We have invested very wisely in our people and in our schools. That is what Georgia does really well.”

This Investment Profile was prepared under the auspices of the Georgia Department of Economic Development. For more information, contact Marie Gordon of GDEcD at 404-962-4075 or MGordon@Georgia.org. On the web, go to www.georgia.org.