Kansas is an agricultural powerhouse. 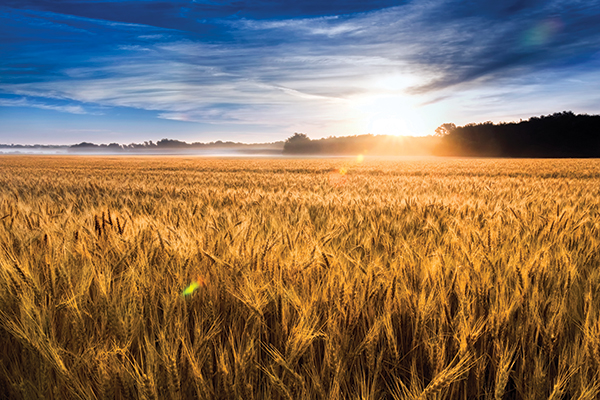 When Cargill, Inc., decided it needed a new headquarters for its Protein business, the Minnesota-based agricultural colossus discovered that the grass isn’t always greener on the other side of the hill. After a search that included potential locations in Colorado and Texas, the nation’s largest privately-held company concluded that the best place of all was Wichita, Kansas, the unit’s home of 38 years.

The $70 million investment yielded a distinctive, four-story facility in the heart of Wichita’s Old Town that’s surrounded by restaurants, shops and other businesses. It’s geared toward recruiting and retaining top talent.

“We want to make Wichita the ‘Silicon Valley of Protein,’ bringing together the best minds, innovation and technology in the industry,” says Jon Nash, Cargill Protein’s North America president.

Built to accommodate nearly 1,000 employees, the new headquarters is close to the Cargill Innovation Center, opened in 2011 through an investment of $15 million. Also nearby is Cargill Protein’s $90 million state-of-the-art biodiesel plant, which opened in 2019 and is capable of producing some 60 million gallons of biofuel a year.

Beef and Sorghum and Wheat, Oh My!

As a protein producer, Kansas boasts some 27,000 cattle farms and ranches, accounting for over 11% of all cattle and calves sold in the United States, according to the U.S. Department of Agriculture’s National Agricultural Statistics Service. Its 6.5 million cattle place it third in the nation. Beef cattle ranching and farming, including feedlots and dual-purpose ranching and farming sector is the top contributor in output to the Kansas economy, with approximately $8.8 billion in total output. The sector supports more than 37,000 jobs, also tops in the state.

Kansas is widely known as the nation’s number one producer of wheat. The state’s 2019 wheat harvest produced 338 million bushels, 18% of the U.S. total. Lesser publicized is the fact that, as a producer of sorghum, Kansas blows away all comers, accounting for a whopping 60% of the national harvest. Kansas State University’s Center for Sorghum Improvement has a mission of enhancing sorghum yield and value and a goal of increasing worldwide demand to 1.25 billion bushels per year.

The ag-related investment by California-based Hilmar Cheese represented Kansas’s biggest economic development project of 2021. Hilmar, on May 5, announced its decision to build a state-of-the art cheese and whey protein production facility in Dodge City. The $460 million plant is expected to create 247 jobs.

In addition to Hilmar’s direct investment, the project is expected to create additional capital investment of $550 million and 750 new jobs within a 50-mile radius of Dodge City by the end of 2023. The plant is to be fully operational in 2024.

“It’s great to see another major food manufacturer like Hilmar choose to put their trust in our state and Dodge City for their newest facility,” said Kansas Gov. Laura Kelly. “Our first-class workforce and central location make Kansas one of the best places in the nation to do business.”