A ‘Decisive Moment’ in Paris 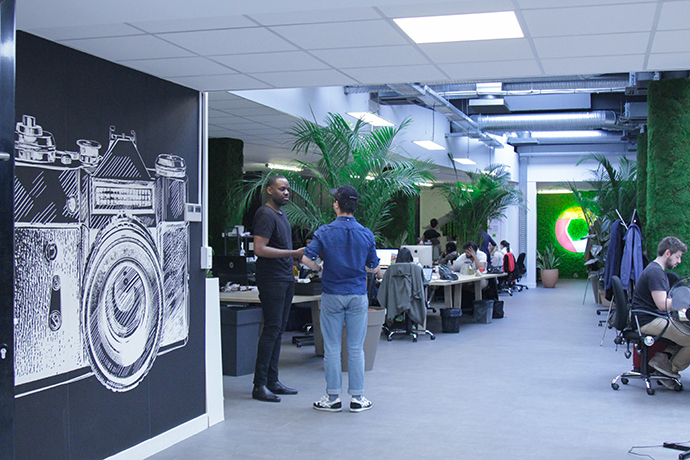 Created in 2016, Meero says it has the world’s first on-demand photography platform and is a pioneer in applying AI to image processing. The firm employs 180 people hailing from 26 different countries.
Photos courtesy of Meero
by ADAM BRUNS 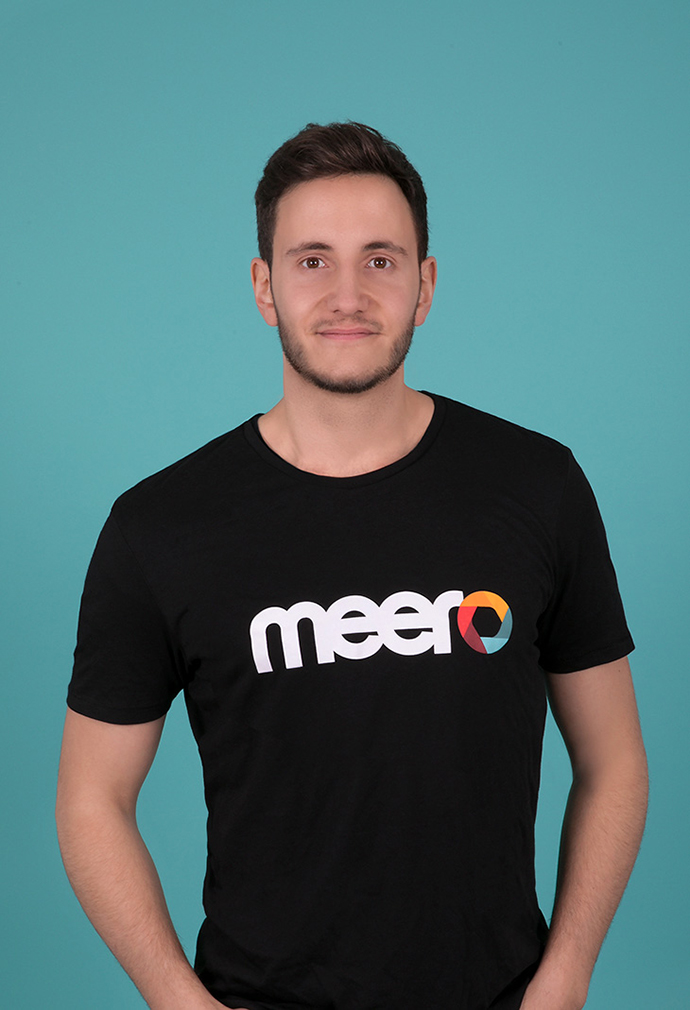 Legendary French photographer Henri Cartier-Bresson was best known for a groundbreaking book of photographs entitled "Images a la Sauvette" ("Images On the Run"), which was creatively translated by U.S. publisher Simon & Schuster as "The Decisive Moment," giving Cartier-Bresson a motto found in mis-translation.

The world of photography has undergone a few sea changes since Cartier-Bresson bought his first Leica 85 years ago. Among them, chemical-saturated photography darkrooms have largely become a thing of the past. The ease of using digital equipment is filling data centers around the world, as we document our entire days, saturated in instant images and immediate feedback. Professional image makers still occupy their own elevated niche. But could the professional editing and touch-up process stand for some acceleration too?

Paris-based algorithmic image editing and on-demand photography firm Meero thinks so. After all, as Cartier-Bresson said himself, "It is by economy of means that one arrives at simplicity of expression."

On July 13, the firm reached its own decisive moment, announcing it has closed a $45-million second round led by Alven and new investor Idinvest, eight months after its first $15-million round. Among other things, says the company, the new funding "will enable the creation of the largest computer vision center in France and the opening of new offices in the United States and Asia."

Francophones everywhere might have missed the news, given that the next day was La Fête Nationale (commonly known as Bastille Day in English), and the day after that, the nation's soccer team won the World Cup. But chances are that some of the millions of photos from those two events found their way into the production process at Meero, which uses artificial intelligence (AI) to reduce to a few seconds the processing time of images that takes humans several hours — "60 minutes of actual shooting requires up to four hours of additional post-production work," says Meero of the old way. "Result: long delivery times, [in]consistent returns, often disparate prices. Combining unique artificial intelligence technology, unprecedented work processes, and the development of a visual content management platform, Meero has been able to develop a world-leading offering of photo and video services."

Instead of days, in other words, a photo or video shoot can be turned around in 24 hours. As the company explains its technology, "the most important problem to solve consists of developing an algorithm that would perform the same global and local image [transformations] as a professional retoucher. Meero's expertise in the field, combined with a unique 25-million-photograph database, is a really strong grounding for this machine learning paradigm."

Other investors in the company's first two years of existence have included White Star Capital, Aglae Ventures and Global Founders Capital. At the July 13 announcement of the new funding, Meero Co-Founder and CEO Thomas Rebaud said, "The fact that our historical investors are renewing their confidence and new supporters are joining the Meero adventure is encouraging us in the strategy we have chosen to pursue. This significant fundraising will enable us to accelerate our development, both commercially and technologically, and thereby consolidate our leading position in this market."

In other words, Meero is a company on the run, seeking to capitalize on this decisive moment in its young history.

Thomas Rebaud: Our headquarters are based in Paris. Therefore it seemed logical to set up our AI center in the same location. This way, the R&D department remains close to the product it is developing. Also, there has been a major boom of tech startups in France, which reinforces our view. Indeed, for example, 50 percent of French youth aged 18-24 want to go work for startups rather than enterprises." [Rebaud offers this Tech Crunch article posted on the day of the World Cup win as evidence.]

Site Selection: What is the total capital investment in the center, how many jobs have been created at the site, and how many more jobs do you anticipate creating

Rebaud: The funding is dedicated to the set-up of our computer vision/AI center and the expansion of our activities all around the world. Since the launch of Meero two years ago, we created 180 jobs (including 15 in R&D). We plan to create over 300 more jobs in Paris by the end of 2019, including 50 to 100 FTEs [full-time employees] dedicated to AI.

Site Selection: Describe your site selection process and timeline for your soon-to-be-announced U.S. and Asia office locations. Anticipated capital investment and head count at each?

Rebaud: We'll be opening a bureau in New York City in September. San Francisco was discussed, but in terms of time zones, it is more convenient to work with NYC than SF from France. In terms of market reach and startup experience, New York also seems to be a smart move. We plan to create 20 sales and operations jobs by the end of 2019 in our U.S. bureau.

We also plan to settle in Asia by the end the year. We are thinking Japan, but we haven't chosen the location yet, as we are still studying the best one for the development of our activity. What we know is that our growth in Asia should follow the same path as our U.S. bureau, in capital investment and head count.

Site Selection: Our subscribers are primarily directors of corporate real estate and facilities at major multinational corporations. Have you done much business with this sector, or with commercial real estate developers seeking to appeal to that corporate audience?

Rebaud: We already work with key actors such as CBRE, BNP and many others. We attend the biggest trade fair shows (MIPIM, MAPIC) to meet this targeted audience.

Site Selection: Most of us view automation/AI as super-efficient, but also as an eliminator of jobs. What is your view on the number and types of jobs that Meero is making redundant? Do you see that workforce adapting to a new métier, perhaps within Meero itself?

Rebaud: Meero is indeed redefining low-level & standardized editing, which is most of the time done by photographers. We offer them the opportunity to carry out their core artistic activity. This means more shoots, less low-level & time-consuming editing. In the meantime, we plan to create hundreds of new jobs, from high-skilled engineering to sales and operations activities. 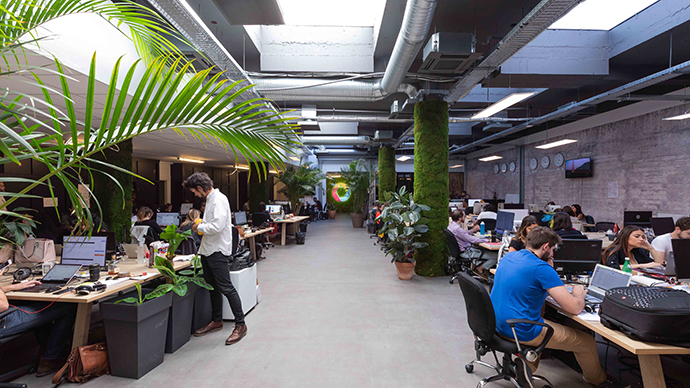 After just two years in existence, Meero serves 40,000 photographer customers in more than 100 countries. The Paris-based firm is investing new funds into the largest computer vision center in France as well as new offices in the United States and Asia.