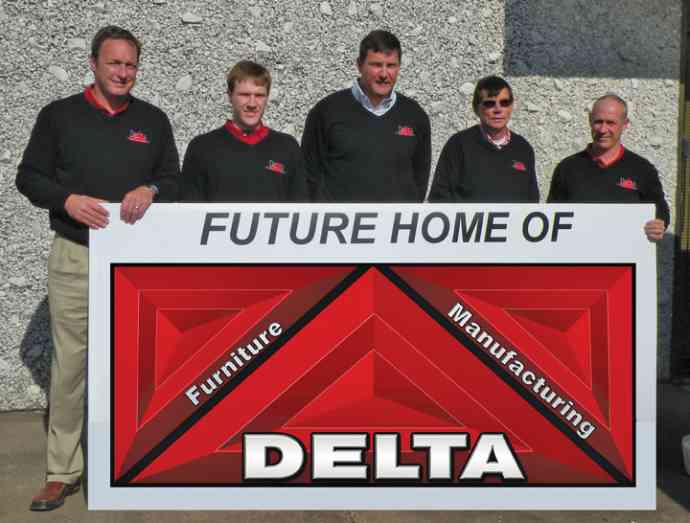 few years after finishing up a productive 14-year career as a tight end in the National Football League, Wesley Walls was looking to create a business in his hometown of Pontotoc, Miss., a small town about 20 miles (32 km.) west of Tupelo known as a center of furniture manufacturing.

"If you live in Pontotoc, you know about the furniture business," says Walls, who was an All-American football player at the University of Mississippi in nearby Oxford.

Walls, who spent much of his career with the Carolina Panthers and now lives in Charlotte following his retirement from football, has been serving as business development manager with Pavilion Development, a real estate investment firm. His desire to own a business in his hometown eventually led him to cross paths with furniture industry veteran Terry Wages. The two were introduced by mutual friend Chris Bray. After some discussions in the fall of 2009, Walls and Wages became partners in a new venture known as Delta Furniture Manufacturing, which specializes in upholstered furniture. Bray is now vice president of sales.

"I was looking into getting into business in my hometown and I was finally able to convince Terry to help me start Delta," Walls says.

Delta has grown fast in a short time and is now moving into a 220,000-sq.-ft. (20,438-sq.-m.) facility in Pontotoc Industrial Park that was formerly occupied by Deville, another furniture manufacturer. Delta, which specializes in upholstered living room furniture, started with 26 employees in December 2009 and has more than 120 now, Walls says.

Mississippi's furniture manufacturing sector, hit hard by the influx of imports from China, has been making a comeback of sorts over the past year, but Walls acknowledges the industry has plenty of challenges. He says furniture manufacturers going out of business created new opportunities.

"We are faced with the ever-present threat of China and its ability to produce furniture at low costs," Walls says. "Our goal is to do all of our manufacturing in Pontotoc, including our cutting, our sewing and our framing. Terry sold me on the business by the fact that we could make it faster and cheaper than anyone else. We pride ourselves on that and our quality. As the cost of freight increases and China's middle class and wages grow, their costs will continue to rise and that will provide more jobs in America."

Delta does source some of its fabric from overseas manufacturers and from North Carolina fabric mills.

"If there is a feel good part of this, it's being able to come back to my hometown and create jobs," Walls says. "These are hard jobs and these guys work their tails off. They are really responsible for our growth. We are excited about our new building. We started in a 10,000-square-foot [929-sq.-m.] warehouse and now we are in a facility that will handle our growth. Our plan is to not grow too fast. We want to grow efficiently and keep our customer service and build our business with a loyal customer base. We are very happy and excited about our growth at Delta," Walls says. "We've only been in business 18 months, but we have accomplished some short-term goals and have found some loyal customers we can build a business on. One of the exciting things about being a small manufacturer is that when there is an issue, we don't take weeks to figure it out, we take hours."

Walls splits his time between Pontotoc and Charlotte, but says his time in Pontotoc will increase when his son graduates from high school this year.

"Nowadays with technology, I can work in my office in Charlotte just as well as I can in Pontotoc. Terry knows manufacturing. My role is a macro role on the financial side."

Washington Furniture acquired a 369,000-sq.-ft. (34,280-sq.-m.) facility previously used by Lane Furniture to manufacture recliners. Washington plans to move all of its manufacturing operations and employees from its current facility south of Pontotoc.

Southern Motion, a manufacturer of reclining furniture, is building a 180,000-sq.-ft. (16,722-sq.-m.) plant in Pontotoc to accommodate an increase in production. The company is investing US$7 million and plans to create at least 200 new jobs over the next two years. That figure could increase to 400 over five years.

"This is an important project for Southern Motion and we are excited that work is under way," said Roger Bland, Southern Motion president, when the project was announced. "We appreciate our local and statewide partners that assisted us in moving forward with this expansion."

The Mississippi Development Authority (MDA) worked closely with company and local officials to help facilitate the expansion. The agency provided funding to the county through the Development Infrastructure Program and the Rural Impact Fund Program for public infrastructure improvements.

Furniture industry veteran Ken Pruett heads up the Mississippi Furniture Association. He believes the recent resurgence is partly due to a growing preference of made-in-America products. He also says a $2,000 state tax credit for each new cut-and-sew job, which went into effect in 2010, has helped bring some jobs back. Another bit of optimism comes from robust attendance at the semi-annual Tupelo Furniture Market.

"One of the biggest things we have seen is vendors and buyers coming to our market in Tupelo," Pruett says. "Buyers are requesting more and more American-made furniture. We are seeing a big boom in this area and we are continuing to push that. The companies in Mississippi who are doing the best job now are the companies that have had the least amount of imported cut and sew. They are buying their rolls [of fabric] and cutting in-house. It is costly, but it gives much better quality. The American people are tired of imports and they want American-made products right now."

Pruett says furniture manufacturing directly accounts for about 20,000 jobs in Mississippi and about 70,000 indirect and induced jobs.

"It's still the largest manufacturing industry in the state with a payroll of $1.2 billion," Pruett says.

Other industrial projects around Mississippi cover a broad array of sectors. Olin Corp. plans to relocate its Winchester Centerfire Operations from East Alton, Ill., to Oxford, where it already has operations. Olin says it will invest $100 million and will bring approximately 1,000 jobs to the region over the next five years. The move follows two failed ratification votes by members of the International Association of Machinists & Aerospace Workers, in which employees twice rejected concessions that Olin says would have allowed the company to remain in East Alton. The company informed the unions in August that it was considering relocating operations to Oxford to enhance the competitiveness of its operations.

"Governor Haley Barbour and the State of Mississippi have stepped forward with significant incentives that will allow Winchester to build a state-of-the-art facility in Oxford near our existing facility," said Joseph D. Rupp, chairman, president and CEO of Olin Corp., in November. "This 500,000-square-foot [46,450-sq.-m.] facility will house all of the Centerfire Operations in one building, providing Winchester with significant efficiencies. Combined with lower labor costs, those efficiencies will allow us to deliver quality products and compete effectively in this highly competitive industry."

Lawn and garden care supplier ScottsMiracle-Gro invested $17 million to refit a former Clorox facility in Pearl, a Jackson suburb. Clorox manufactured its Pine-Sol product in Pearl before closing the plant in 2009 and moving operations to the Atlanta area. Scotts, which began operations in January, anticipates creating 95 jobs as the plant manufactures Scotts, Miracle-Gro, Ortho and Roundup products for customers in the southeastern United States.

Universal Asset Management, provider of commercial aviation asset management, aircraft recycling and component sales, is locating airplane disassembly operations in Tupelo at the Tupelo Regional Airport. The company, which plans to create 100 jobs over the next three years, will house its inventory management operations at a 450,000-sq.-ft. (41,805-sq.-m.) facility at the Tupelo Lee Industrial Park South. 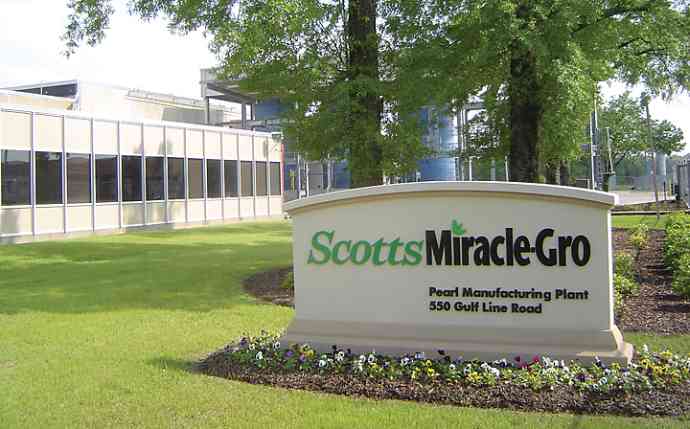