ienna retains the top spot as the city with the world’s best quality of living, according to the Mercer 2012 Quality of Living Survey. Zurich and Auckland follow in second and third place, respectively, and Munich is in fourth place, followed by Vancouver, which ranked fifth. Düsseldorf dropped one spot to rank sixth, followed by Frankfurt in seventh, Geneva in eighth, Copenhagen in ninth, and Bern and Sydney tied for tenth place.

In the United States, Honolulu (28) and San Francisco (29) are the highest-ranking cities, followed by Boston (35). Chicago is ranked 42nd, while Washington, D.C., is ranked 43rd. Detroit (71) is the lowest-ranking of the U.S. cities that Mercer surveys.

Mercer conducts this survey annually to help multinational companies and other organizations compensate employees fairly when placing them on international assignments. Mercer’s Quality of Living reports provide valuable information and hardship premium recommendations for many cities throughout the world. Mercer’s Quality of Living index list covers 221 cities, ranked against New York as the base city.

This year’s ranking separately identifies the cities with the best infrastructure based on electricity supply, water availability, telephone and mail services, public transportation, traffic congestion and the range of international flights from local airports. Singapore is at the top of this index, followed by Frankfurt and Munich in second place. Copenhagen (4) and Düsseldorf (5) fill the next two slots, while Hong Kong and London share sixth place. 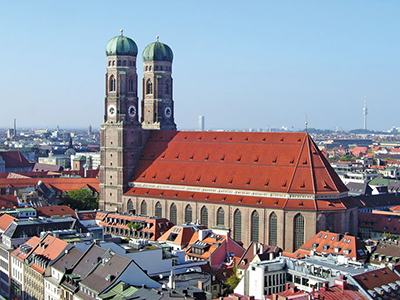 “In order for multinational companies to ensure their expatriates are compensated appropriately and an adequate hardship allowance is included in compensation packages, they must be aware of current events and local circumstances,” said Slagin Parakatil, senior researcher at Mercer. “Factors such as internal stability, law enforcement effectiveness, crime levels and medical facilities are important to consider when deciding on an international assignment, and the impact on daily life that could be encountered by the expatriate in overseas placements.”

Mr. Parakatil continued, “Infrastructure has a significant effect on the quality of living that expatriates experience. While often taken for granted when functioning to a high standard, a city’s infrastructure can generate severe hardship when it is deficient. Companies need to provide adequate allowances to compensate their international workers for these and other hardships.”

anadian cities still dominate the top of the index for this region, with Vancouver (5) retaining the top regional spot, followed by Ottawa (14), Toronto (15) and Montreal (23). Calgary ranks 32nd on the overall quality of living ranking. Overall, there was almost no movement in rankings among Canadian cities from 2011 to 2012, with Calgary advancing one position, Montreal retreating one position and the other cities remaining unchanged.

Honolulu (28) is the city in the United States with the highest quality of living, followed by San Francisco (29) and Boston (35). Chicago is at 42 and Washington, D.C. ranks 43. New York — the base city — ranks 44. In Central and South America, Pointe-à-Pitre, Guadeloupe, ranks the highest for quality of living at 63. San Juan, Puerto Rico, follows at 72 and Montevideo, Uruguay, at 77. Port-au-Prince, Haiti (219) ranks lowest in the region.

Mr. Parakatil said, “Overall, there has been little change in the rankings for North American cities. A number of South and Central American countries have experienced positive change, essentially due to some modest infrastructural and recreational improvement. Nevertheless, political and security issues, along with natural disasters, continue to hamper the quality of living in South and Central American cities. High crime levels also remain a major problem.”

In terms of city infrastructure, Vancouver (9) tops the ranking for the region with Atlanta and Montreal following at 13. Other Canadian cities that ranked highly were Toronto (16) and Ottawa (25).

urope has 15 cities among the world’s top 25 cities for quality of living. Vienna retains the highest-ranking for both the region and globally. The rest of the top 10 for Europe are dominated by German and Swiss cities, with three cities each in the top 10. Zurich (2) is followed by Munich (4), Düsseldorf (6), Frankfurt (7), Geneva (8), Copenhagen (9) and Bern (10). The lowest-ranking Western European cities are Athens (83) and Belfast (64).

“Overall, European cities continue to have high quality of living as a result of a combination of increased stability, rising living standards and advanced city infrastructures,” said Mr. Parakatil. “But economic turmoil, political tension and high unemployment in some European countries and high levels of unemployment have continued to be problematic in the region.”

“Infrastructure in German and Danish cities is among the best in the world, in part due to their first-class airport facilities, international and local connectivity, and a high standard of public services,” said Mr. Parakatil. “London’s high ranking in the infrastructure index reflects a combination of high level of public services offered, with its extensive public transportation system including airports, the London Underground, buses and railroad services.” 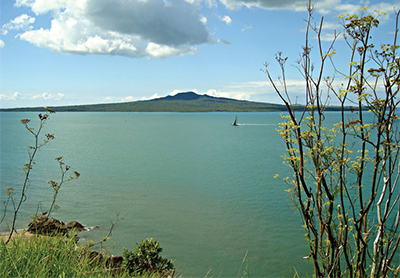 “A noticeable gap can be seen among Asia Pacific cities where several cities have improved in the region partly because they have been investing massively in infrastructure and public services,” said Mr. Parakatil. “Competition among municipalities has been continuously increasing in order to attract multinationals, foreigners, expatriates and tourists. Yet a considerable number of Asian cities rank in the bottom quartile, mainly due to high political volatility, poor infrastructure and obsolete public services.” 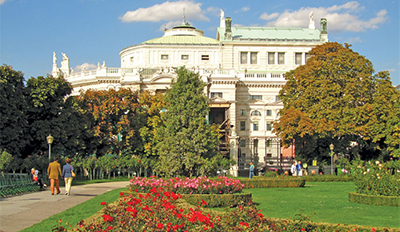 “The ongoing turmoil in many countries across North Africa and the Middle East has led to serious security issues for locals and expatriates,” said Mr. Parakatil. “Many countries continue to experience violence through political demonstrations that have sometimes developed into massive uprisings and led to serious instability within the region. Countries such as Syria and Mali have seen their quality of living levels drop substantially. Employers should continually monitor the situation in these countries, as circumstances can degrade rapidly. Companies need to be able to proactively implement mitigation plans, such as emergency repatriation, or adjust expatriate compensation packages accordingly.”