There’s no shortage of head-turning redevelopment projects in
the Commonwealth, but refinery rebirth was the most unexpected of all.

ravel the highways, turnpikes and rivers of Pennsylvania and you’ll find your share of restoration stories.

There’s Allentown’s Neighborhood Improvement Zone, which in less than two years gas attracted $500 million in development from the likes of Air Products, Pennrose Properties and City Center Lehigh Valley, with another $500 million in the works.

There are the multiple National Register historic districts in places such as downtown Pittsburgh. As a Skelly and Loy case study notes, “owners that rehabilitate income-producing contributing buildings (as well as owners who rehabilitate individually listed National Register buildings) are eligible for a 20-percent federal tax credit on the cost of rehabilitation” in such districts. What’s new as of July 2013 is that Pennsylvania will enact a companion 25-percent state tax credit for such projects in order “to lure additional investment into Pennsylvania and find new uses for historic 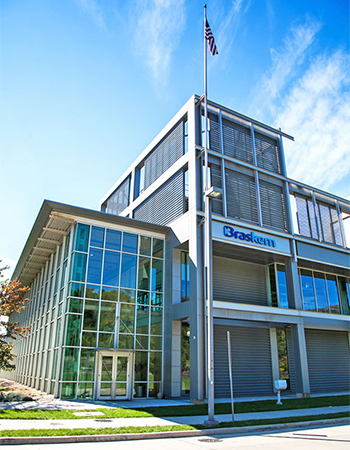 There’s even reuse of reuse going on: According to a spokesman for the US Dept. of Transportation’s Surface Transportation Board, there are 11 proceedings nationally in which a party has obtained authority to reactivate a railbanked line, aka return a “Rails-to-Trails” asset back to railroad use. Two of them are in Pennsylvania: One is related to the restoration of the Barber Quarry branch line in Allentown, which used to serve the city’s Mack Truck plants and others. The other, in Western Pennsylvania’s Clearfield County, would serve a new waste-to-ethanol facility, quarry and industrial park.

But the most dramatic story of rebirth is still unfolding in Greater Philadelphia, and was recounted by James Fallon of IHS and former Pennsylvania Dept. of Environmental Protection Secretary Michael Krancer this summer at Brownfields 2013 conference in a session aptly called “Saving America’s East Coast Refineries.”

With its administrative headquarters for American operations in Philadelphia, Braskem has three industrial units located in La Porte, Texas; Marcus Hook, Pa. (pictured); and Neal, W. Va.; as well as a Center for Technology and Innovation in Pittsburgh (pictured above). Photos courtesy of Braskem

In a nutshell: Three refineries all announced their imminent closures within weeks of one another two years ago. “I’m from Southeast Pennsylvania,” said Krancer. “I grew up in the shadow of those refineries — they’re part of my culture, my life.” He says the effects of the closures were palpable on the people who worked and lived in the area.

“In the room with the labor leaders and local officials around Christmas time of 2011,” he said, “you could read the fear in the faces of those people.”

Fallon of IHS said as recently as 2005 there were 12 operating refineries on the East Coast with 1.8 million barrels per day of capacity. When the Philly-area closings were announced, half the East Coast capacity appeared to be headed for closure within three months.

You could read the fear

in the faces of those people.

— Michael Krancer, former Secretary of the Pennsylvania Dept. of Environmental Protection, on the imminent closure in Dec. 2011 of three Philadelphia-area refineries

But things had not been good for a while. “For a long time the patient was dying,” said Krancer. “The economics were not good. They were refining the wrong kind of oil in a very thin market. Philadelphia for a long time had not been identified as a great place for young engineers and refiners to come work. But we’re going to turn that around.”

Within one year, all three had been purchased, two are active and there’s a repurchase of the other one.

Back From the Brink

The Sunoco Marcus Hook Industrial Complex, a former oil refinery located south of Philadelphia on the banks of the Delaware River, was shut down in December 2011. ConocoPhillips closed its refinery in Trainer. The idling of the facilities was going to result in the loss of more than 1,800 direct jobs, and, according to state projections, more than 15,000 indirect jobs that relied on the active operation of the three refineries.

For several months, the administration of Gov. Tom Corbett coordinated with federal, state and local officials to work with both ConocoPhillips and Delta Airlines’ subsidiary, Monroe Energy, to facilitate a deal. In addition to state support of the project, Delaware County committed to contributing $1 million to extend a pipeline to connect directly to the Philadelphia International Airport.

Delta’s deal was unveiled in April 2012, when subsidiary Monroe Energy reached agreement with Phillips 66 to acquire the Trainer complex. Monroe has strategic sourcing and marketing agreements with BP and Phillips 66. The acquisition includes pipelines and transportation assets that will provide access to the delivery network for jet fuel reaching Delta’s operations throughout the Northeast, including its hubs at LaGuardia and JFK.

After receipt of $30 million in state government assistance for job creation and infrastructure improvement from the Commonwealth of Pennsylvania, Monroe’s investment to acquire the refinery will be $150 million, and Monroe will spend $100 million to convert the existing infrastructure to maximize jet fuel production. Production at the refinery combined with multi-year agreements to exchange gasoline, diesel, and other refined products from the refinery for jet fuel will provide 80 percent of Delta’s jet fuel needs in the United States. It also will allow Delta to reduce its fuel expense by $300 million annually.”

Sunoco and The Carlyle Group are renovating the 146-year-old Philadelphia petroleum refinery, which processes 330,000 barrels of oil per day into various refined products and was scheduled for shutdown in August of 2012, Their JV Philadelphia Energy Solutions will now save 850 jobs, secure the region’s fuel supply by continuing the daily flow of 10 million gallons of various fuels, and create 100-200 new, permanent jobs, as well as thousands of construction jobs.

“Together we’ve re-imagined the Philadelphia refinery and its role as a critical energy hub in the Northeast,” said Carlyle Managing Director Rodney Cohen. “The refinery will be a reliable and critical supplier of fuels to the regional market through its new business structure and improved crude oil sourcing. In addition, the refinery’s exceptional location and infrastructure will enable the joint venture to create new business opportunities related to Marcellus Shale natural gas fields.”

“I’ve done work for that refinery in the last six months, and it’s a healthy refinery, it’s doing good,” said Fallon this summer. “Once they go down, they age quickly and become relics. The fact it kept running helped get it to where it is today, and they’re looking at adding facilities, at making fertilizer there.”

‘They Don’t Want to Waste Anything’

As for the Sunoco Marcus Hook Industrial Complex, an economic feasibility study from IHS commissioned by the Delaware County Council identified seven primary reuse options, “five of which were energy-based options,” said the state. “Through building a strong partnership, in July 2012, Braskem America announced its acquisition of the propylene splitter assets at Sunoco’s Marcus Hook refinery. In late September 2012, Sunoco Logistics Partners announced it would move forward with Mariner East, a pipeline project to transport approximately 70,000 barrels per day of ethane and propane from western Pennsylvania to its Marcus Hook refinery.” 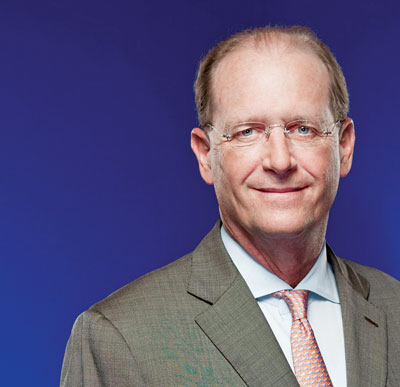 Delta CEO Richard Anderson called the refinery agreement “a modest investment” equivalent to the purchase of a widebody aircraft.
Photo courtesy of Delta

Braskem was a key customer and needed the byproducts of the refinery. In July 2012 it announced it would purchase part of the Marcus Hook complex. “Braskem’s commitment to the Marcus Hook polypropylene plant and the North American petrochemical market reflects the significant new U.S. investment being made across our industry,” said Cal Dooley, president and CEO of the American Chemistry Council. Braskem’s project includes the purchase of propylene assets at the Marcus Hook site, which the company will use to make polypropylene, a thermoplastic polymer.

“The lesson to me was I had never heard of Braskem,” said Krancer. “The petrochemical supply chain is not just about refining and energy. It’s about products all the way down the chain. The bottom line is, in that business, they don’t want to waste anything.”

“Refineries are little industrial cities unto themselves,” said Fallon. “They’re like a hive. Not only do they employ a lot of people directly, but there’s a multiplier effect for indirect jobs, and then another multiplier of 10 or 20 in terms of the support business. The other big piece of a refinery is it provides all the feedstocks for all of these derivatives. Three to five downstream plants are dependent on that refinery to run. Take out the refinery and the rest will die.”

Early this year, the inaugural C. Alan Walker Award for Public-Private Partnership was presented to the Delaware County Council, Marcus Hook Borough and Trainer Borough, recognizing their support of state efforts to secure hundreds of jobs in the Philadelphia region and help revive a sector that was on life support.

“Public and private partnerships are vital to the economic growth of the commonwealth,” Department of Community and Economic Development Deputy Secretary Clyde “Champ” Holman said upon presenting the award. “I cannot think of a better example of county and local governments, and private industry working together to preserve jobs and open new doors to future economic growth.”