Pieces of the Pie

Snapshots of logistics intelligence and solutions show where the sector is going next. 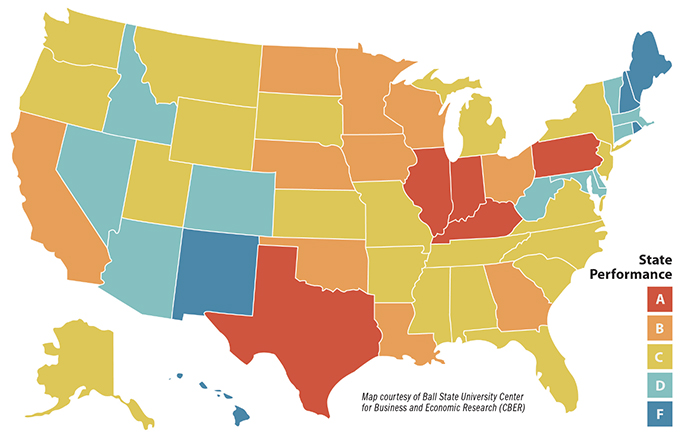 One picture of the US logistics sector shows a healthy automotive corridor leading the way, buttressed by big volumes in port- and border-driven goods movement down south; Chicago’s continuing role as a hub; and the Keystone State living up to its name in connecting multiple regional economies.

The Center for Business and Economic Research (CBER) at Ball State University each year publishes for Conexus Indiana the Manufacturing & Logistics Report Card for the United States. This year’s edition, released in June, awards “A” grades to only five states: Texas, Illinois, Indiana, Kentucky and Pennsylvania.

The report’s authors use federal statistics such as total logistics industry income as a share of total state income, and logistics employment per capita. Calculations also include commodity flows data by both rail and road, and per-capita expenditure on highway construction.
Like neighboring slices of pie, Illinois, Indiana and Kentucky fan out across a region that incorporates the Mississippi River and the I-75 automotive corridor. It’s also likely no coincidence that all the A-level states are home to new or expanding Amazon fulfillment centers — sometimes several.

While the A students get the glory, corporates are wise to also look at states on an upward trend. The CBER report notes the following improvements (though some might not yet be high enough to brag about):

“The movement of goods is of central importance to the production of goods,” the CBER report notes. “Without a robust logistics industry, manufacturing and commodity production will not occur. Logistics comprises not merely the capacity to move goods, but to store inventory and manage the distribution and processing of manufactured goods. Logistics firms depend upon many of the same factors as manufacturing firms in their location decision, but there is a more complex interplay between local conditions and the existing or planned transportation networks of roads, railroads, waterways, and airports.”

Switch a couple letters around and you move from the CBER to CBRE, which in June released its own snapshot of warehouse pre-commitment by tenants nationwide — currently at its highest since 2000.

At the city level, several metros at the top are in states topping CBER’s scorecard: As of Q1 2017, “Denver leads the way with 70.3 percent of its under-construction space pre-committed,” says the CBRE report, “followed by Kansas City (54 percent), Chicago (51.3 percent), Indianapolis (50.6 percent) and New Jersey (43.3 percent).”

Where’s the new development coming? JLL reported in June too: “Adding the new deliveries from the past five years with the current construction pipeline, the US industrial market will add nearly 1 billion sq. ft. [92.9 million sq. m.] to its inventory by 2018,” said JLL. “Dallas, Inland Empire [Southern California], Philadelphia, Denver and Atlanta were the top five markets accounting for more than half of the new development starts in the first quarter.” 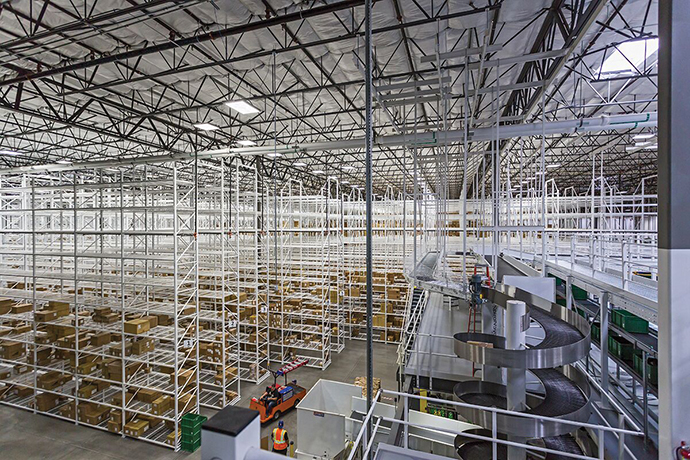 REI Inc.’s 400,000-sq.-ft. omni-channel facility is the first distribution center in the U.S. to achieve both LEED Platinum certification and Net Zero Energy.

PV|303, the 1,600-acre master planned business park located in the city of Goodyear, Arizona continues to emerge as one of the fastest growing development zones in the western U.S for companies expanding their logistics and distribution operations.

Most recently, United Parcel Service (UPS) announced plans to join the prestigious roster of corporate tenants at PV|303 and leased a 618,350-sq.-ft. distribution center in its entirety from First Industrial Realty Trust, Inc. on 140 acres at PV|303. At completion, UPS will expand the facility to showcase more than 970,000-sq.-ft. of advanced operational technologies and sortation equipment under one roof and will bring more than 1,500 jobs to Goodyear.

PV|303 distinguishes itself among other markets across the country by offering companies strategic access to major ports and rail systems such as the Ports of Long Beach; Los Angeles and San Diego, Calif.; El Paso, Texas; and Las Vegas, Nev., a highly visible location along two major transportation corridors that provide a high-speed route into and out of the market area, shovel-ready sites, spec buildings, unmatched amenities and business-friendly policies.

Another key feature attracting major companies to the master planned business park is the approved Foreign Trade Zone (Magnet Site #277) status on portions of the master plan that allows foreign material to the site without being subject to U.S customs duties. The FTZ status is a powerful sales tool for site selectors and companies looking to expand their business operations into the United States. FTZ users receive significant financial and operational benefits, including discounted processing fees, reduced tax assessments of 75%, reduced real and property taxes by up to 72%, shorter supply chain time, and improved cash flow.

“PV|303 is designed to meet corporate users’ unique needs,” says Sean Walters, COO of Sunbelt Holdings, developer of PV|303. “Our FTZ site designation is a compelling draw that enables companies to be cost competitive in the U.S. marketplace.”

A talented and deep workforce lives in the immediate metropolitan area, while freeways put PV|303 within an hour of 3.8 million workers. The city of Goodyear, where PV|303 resides is ranked the #2 workforce market in the nation and boasts a diverse population. More than 85% of heads of households are college-educated and 56 percent have college degrees. And the workforce is growing; with approximately 4.6 million people, greater Phoenix’s population is expected to nearly double in the next two decades.

The park is surrounded by a large pool of quality amenities that contribute to the overall convenience and attractiveness of PV|303’s location for businesses, including diverse residential housing, hotels and resorts, restaurants, shopping, golf courses and spring training major league baseball park facilities.

At final buildout, PV|303 will be one of the largest business parks in the southwest and will include over 20 million square feet of office, retail, and industrial space. 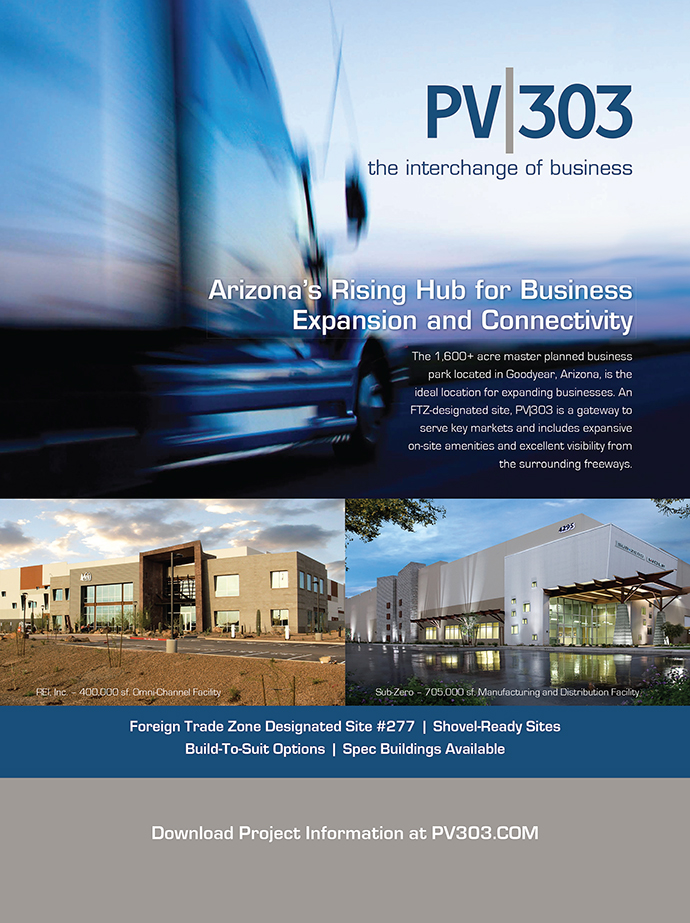 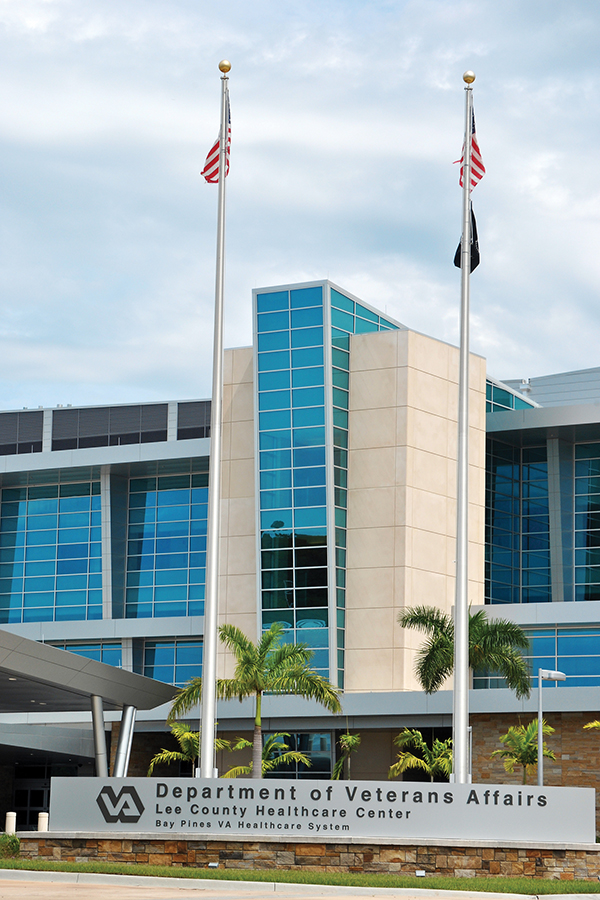 The regional Lee County VA Healthcare Center in Cape Coral draws more than 1,000 patients each day from five counties. Florida was recently ranked the No. 1 state in the nation for retired military personnel.

Ranked among the best places to live and do business—located in a tax-friendly state—Cape Coral is a prime location for corporate relocations and business expansions for companies worldwide.

Cape Coral is the largest city in Southwest Florida — and one of the most unique. The city is home to 400 miles of navigable canals, and is surrounded by the Gulf of Mexico and the Caloosahatchee River. This unparalleled amenity is a boon to several sectors: services, products and supplies, retail and manufacturing.

The Cape Coral Economic Development Office has designed several areas of emphasis to enhance growth, including:

Veterans Investment Zone: The 240,000-square-foot Lee County VA Healthcare Center draws thousands throughout the region; an estimated 260,000 veterans live in Southwest Florida. One component of this zone is Liberty Village, a 131-bed assisted-living facility and a 320-unit apartment complex with retail under construction.

Concourse at Cape Coral is a 171-acre parcel that is owned by the city, which will be seeking public-private partnerships to develop it into a shopping and entertainment district surrounded by nature.

Florida’s economy is outpacing the rest of the country and is projected to continue to do so for the next three years. In today’s global marketplace, you want to be in the right place with the right amenities at the right time. Contact our Economic Development team today.

For more information about the City of Cape Coral visit www.bizcapecoral.com 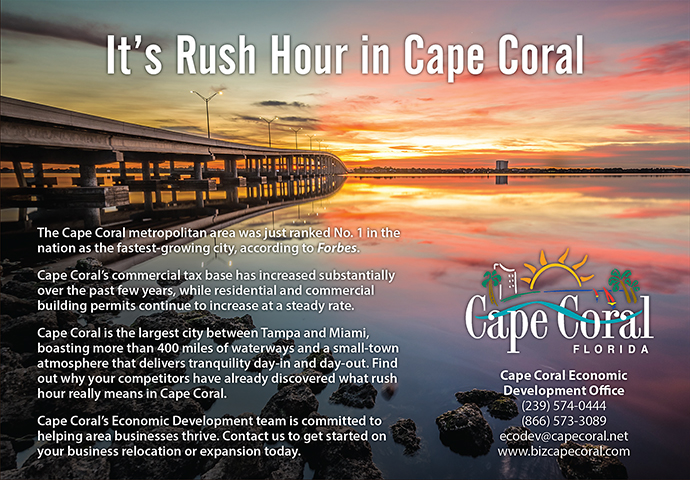 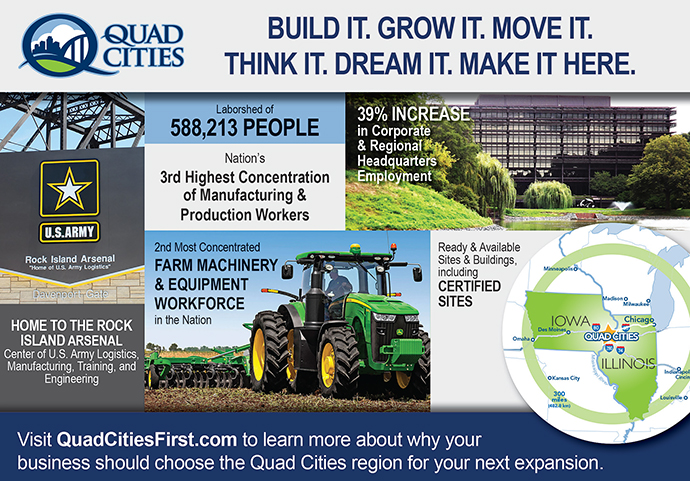 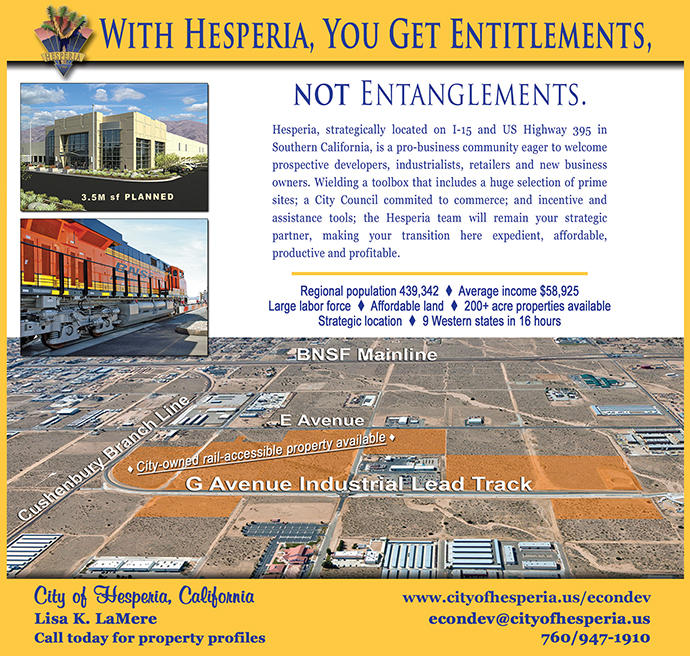